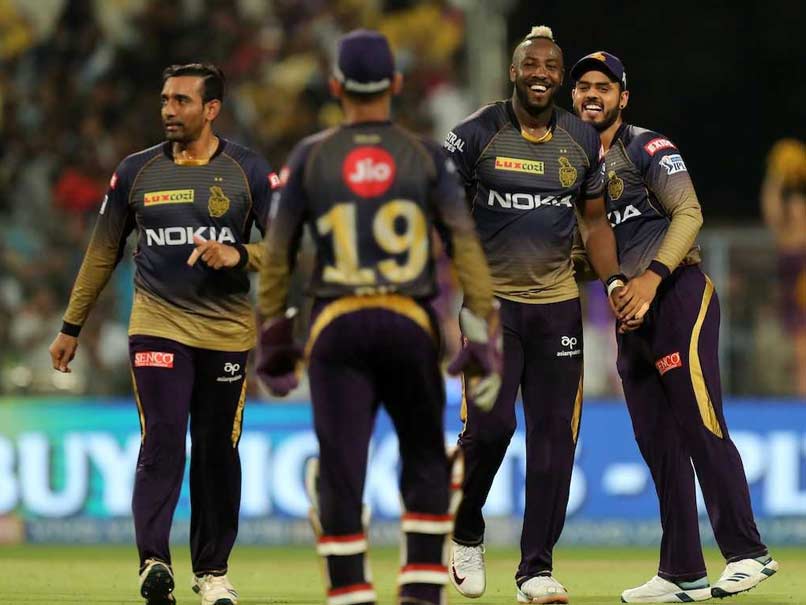 Kolkata Knight Riders (KKR) defeated Mumbai Indians (MI) by 34 runs at the Eden Gardens in Kolkata in match 47 of the Indian Premier League (IPL). Chasing a mammoth 233 runs, MI lost openers Quinton de Kock (9) and captain Rohit Sharma (12) early. They were reduced to 21/2 in 2.3 overs. The middle-order batsmen Evin Lewis (15), Suryakumar Yadav (26) and Kieron Pollard (20), all failed to score big as MI were staring down the barrel at 121/5 in 13.2 overs. But a brilliant 91 off 34 balls by Hardik Pandya gave MI an outside chance. The all-rounder's innings included 6 fours and 9 massive sixes. Following his dismissal, MI were restricted to 198/7 in 20 overs. With this win, KKR broke their 8-match losing streak against the Rohit Sharma-led side. Earlier, KKR scored the highest total of the season i.e. 232/2 in 20 overs courtesy 80 not out by Andre Russell, 76 by Shubman Gill and 54 off 29 by Chris Lynn. (SCORECARD)

Eden Gardens Cricket Live Score Live Cricket Score Live Blogs
Get the latest updates on T20 World Cup, check out the T20 World Cup Schedule and Live Score . Like us on Facebook or follow us on Twitter for more sports updates. You can also download the NDTV Cricket app for Android or iOS.