Chris Gayle shared pictures with Sam Curran, one as a young boy, the other as a Kings XI Punjab teammate. 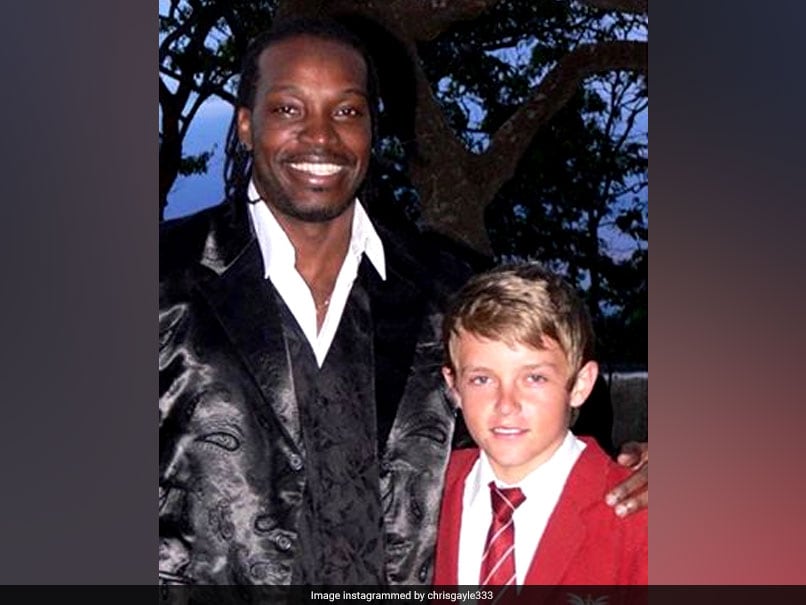 Chris Gayle sent Instagram users into a meltdown after posting a throwback picture with Sam Curran, Kings XI Punjab's newest hero. A much younger Chris Gayle is seen sporting a wide grin with a young boy wearing a red school blazer. The West Indian star split with the throwback picture with a more recent photo of him and Sam Curran, who is still only 20. Sam Curran achieved hero status in Punjab after becoming the first bowler to take a hat-trick in IPL 2019.

This is a special moment for any youngster! All I can say is remember what get you where you at today, @samcurran58 #DreamBigger #GetStronger #BrightFuture #Multitalented - I think in the pic I'm looking young but you're looking younger#Kings

Sam Curran produced a magical spell of death bowling as Kings XI Punjab pulled off a shock 14-run win over Delhi Capitals at the Punjab Cricket Association IS Bindra Stadium in Mohali on April 1.

Featuring in his debut season, the young Englishman bagged the first hat-trick of IPL 2019 to bring KXIP back from the dead.

Curran bagged the wickets of Harshal Patel on the final delivery of the 18th over which was followed by two unplayable yorkers that sent Kagiso Rabada and Sandeep Lamichhane packing.

Sam Curran is only two IPL matches old. He claimed two wickets for 52 runs in the first match against Rajasthan Royals.

Sam Curran, KXIP's costliest buy, picked up four for 11 in 2.2 overs and was ably supported by Mohammed Shami as Delhi Capitals fell short in pursuit of 167.

Chris Gayle and Sam Curran are expected to be seen in action with Kings XI Punjab paying the Chennai Super Kings den a visit in the first on Saturday.

Kings XI Punjab IPL 2019 Cricket
Get the latest updates on SA vs IND 2021-22, check out the Schedule and Live Score . Like us on Facebook or follow us on Twitter for more sports updates. You can also download the NDTV Cricket app for Android or iOS.