Bird? Plane? Or Ben Stokes? The Rajasthan Royals fielder leapt to take the catch like a football goalkeeper to dismiss CSK's Kedar Jadhav. 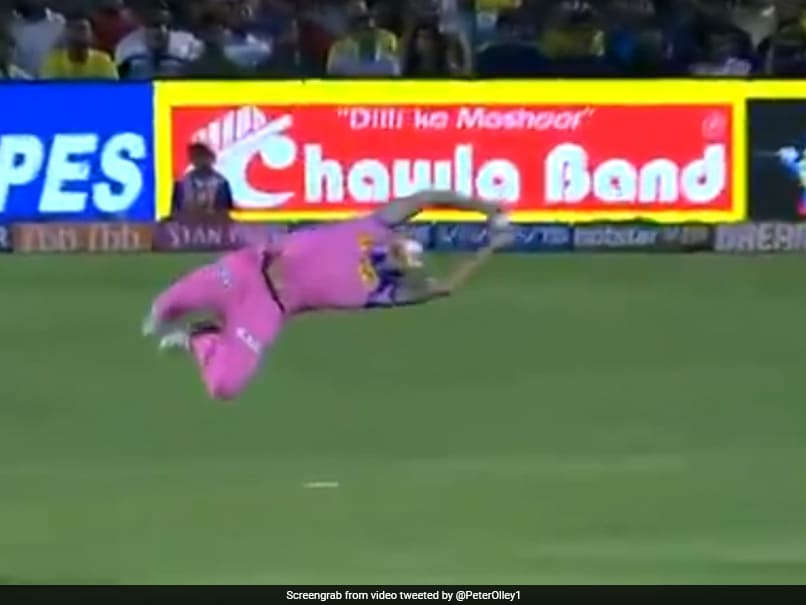 Ben Stokes has produced what can be called the best catch of the IPL 2019 so far, fielding for Rajasthan Royals in the match against Chennai Super Kings. Standing at point, he came up with a moment of magic in the sixth over of the CSK innings. Kedar Jadhav and Ambati Rayudu were trying to prop up the chase after a few early wickets when Jofra Archar was brought on into the attack in the 6th over. The fifth ball of Archer's over was slashed on the off side by Jadhav, but Stokes leapt to his left to pluck out the fast-travelling ball out of the air.

WATCH: @benstokes38 would be 'Stoked' by THAT catch tonight

Getting back on his feet after the catch, Stokes rushed to the third man region as his Rajasthan Royals teammates converged around him and the Jaipur crowd went wild. It was not lost on anyone that Stokes had just produced a rare moment.

The home team were brilliant on the field on Thursday on many other occasions as well. Even before Stokes's catch, Rahul Tripathi had produced two great pieces of fielding. A full-length dive by Tripathi saved a sure boundary off Faf du Plessis's bat in the 4th over.

A little later in the same over, Tripathi covered a lot of ground to race in from deep midwicket and dive forward to take a catch to dismiss the South African batsman.

Stokes had earlier also come up with the highest score in the Rajasthan Royals innings, his 28 taking the team's total to a respectable 151/7 in 20 overs.

Kedar Jadhav IPL 2019 Cricket
Get the latest updates on SA vs IND 2021-22, check out the Schedule and Live Score . Like us on Facebook or follow us on Twitter for more sports updates. You can also download the NDTV Cricket app for Android or iOS.