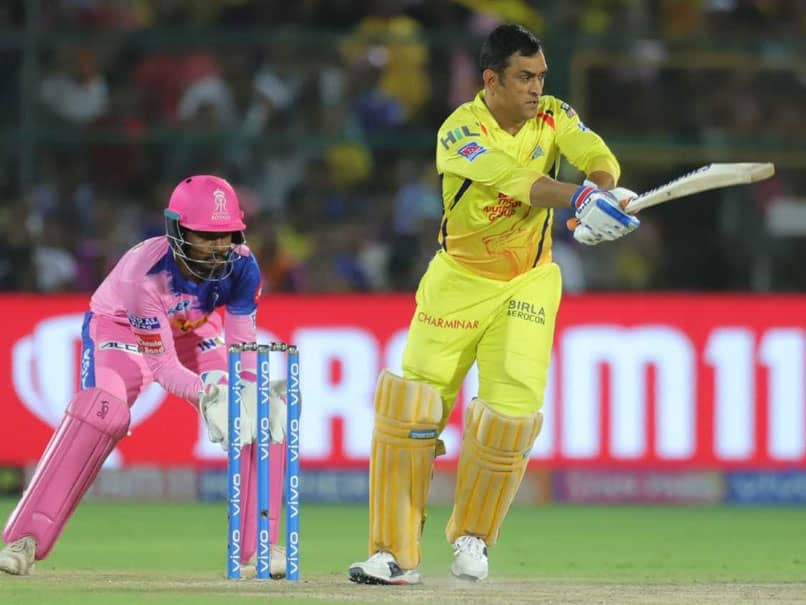 Chennai Super Kings (CSK) beat Rajasthan Royals (RR) by 4 wickets in a nail-biting contest that ended off the final delivery at the Sawai Mansingh Stadium in Jaipur. Chasing 152 runs, CSK got off to a disastrous start as they lost Shane Watson (0) and Suresh Raina (4) in quick succession. The in-form Faf du Plessis failed to capitalise on his good form as he also departed for 7. CSK were in further trouble at 24/4 when Kedar Jadhav was dismissed for 1 as Ben Stokes dived to his left to take a blinder. MS Dhoni and Ambati Rayudu then rescued CSK by putting up 95 runs for the 5th wicket. Rayudu departed for a well-made 57 off 47. His innings included 2 fours and 3 sixes. Ravindra Jadeja then joined Dhoni and the duo added 25 runs in 11 balls. Dhoni, struggling with fatigue, was castled by Stokes in the final over. He scored 58 off 43 balls. His innings included 2 fours and 3 sixes. After some scintillating final-over drama, Mitchell Santner hit a six off the final ball with CSK needing 3 runs. Earlier, RR had scored 151/7 in 20 overs. Ben Stokes had top-scored for them with 28 runs.This was Dhoni's 100th win as CSK captain. He is the first captain to achieve this feat. With this win, CSK continue to stay at the top of the points table. (SCORECARD)

MS Dhoni Rajasthan Royals vs Chennai Super Kings, Match 25 IPL 2019 Sawai Mansingh Stadium, Jaipur Cricket Live Score Live Cricket Score Live Blogs
Get the latest updates on India vs Australia Series, check out the India vs Australia Schedule for 2020-21 and Ind vs Aus live score . Like us on Facebook or follow us on Twitter for more sports updates. You can also download the NDTV Cricket app for Android or iOS.