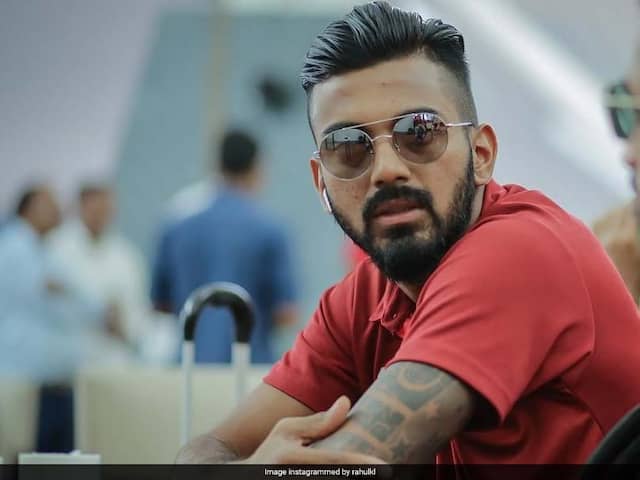 With 659 runs in 14 matches, Rahul was top run-getter for Kings XI Punjab this season.© BCCI

India cricketer KL Rahul was spotted on Wednesday with Bollywood actress Nidhhi Agerwal in Mumbai. As per the reports, the dashing opener hogged the limelight while leaving a Mumbai eatery with Nidhhi Agerwal. The Instagram of KL Rahul's fan page has shared the Karnataka batsman's pictures. Rahul, who had an impressive Indian Premier League (IPL) 2018, will be up for his next assignment - one-off Test against Afghanistan, scheduled to be played on June 14 at M Chinnaswamy Stadium in Bengaluru.

With 659 runs in 14 matches at an impressive average of 54.91, Rahul was top run-getter for Kings XI Punjab this season and third overall. Playing the opening match of the tournament against Delhi Daredevils, Rahul blasted his way to a fastest ever half-century in Indian Premier League. Rahul smashed six boundaries and four sixes in his 16-ball-51 to give KXIP a resounding start to the tournament.

Asked about his favourite moment in the tournament, Rahul rated the record half-century as the best.

"I think it's the first game when I got a 14-ball 50. It was absolutely unbelievable! I completely outdid myself there.

"I still am amazed that I got the fastest fifty in the IPL ever and it kind of set the tone for the reason of the season as well. I am grateful for a lot of things this season. I have made great friends along the way, great memories, there has been a lot of learning," he said.