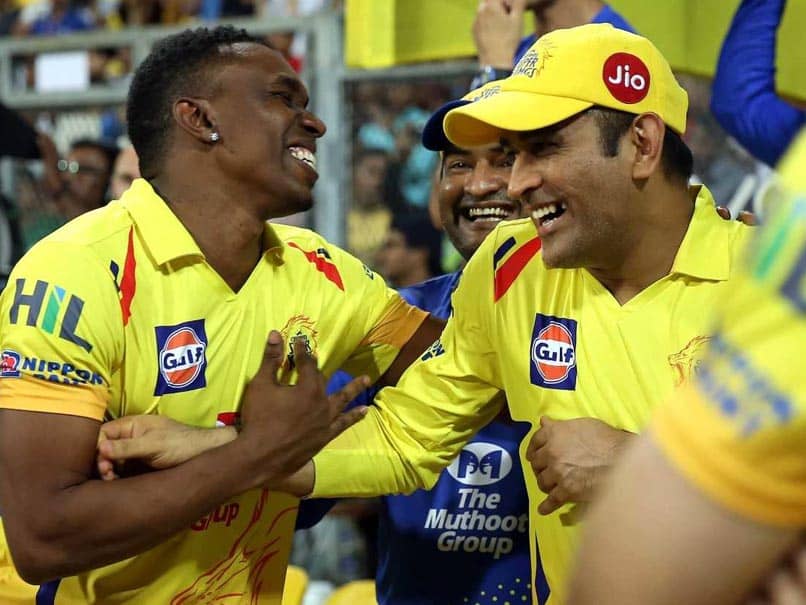 MS Dhoni showed the world that age is actually just a number after he guided his Chennai Super Kings (CSK) team to a third Indian Premier League (IPL) title on Sunday. Dhoni is 36 years old but his current video showcases the athleticism the Chennai Super Kings (CSK) captain possesses. After guiding his team to the IPL 2018 title, Dhoni was seen challenging CSK teammate Dwayne Bravo for a three-run dash after Chennai's 8-wicket win over SunRisers Hyderabad in Mumbai. The short video was shared by the official Twitter account of Chennai Super Kings on Monday.

"When Thala challenged Champion for a three-run dash, post the victory yesterday! Any guesses who wins it? #whistlepodu #SuperChampions", CSK had captioned it. In the video, Dhoni is seen running along with Bravo for a three-run dash. Both the players were neck and neck throughout the race but eventually, it was Dhoni who won the race by a whisker.

When Thala challenged Champion for a three run dash, post the victory yesterday! Any guesses who wins it? #whistlepodu #SuperChampions pic.twitter.com/k8OzIPMyxo

Riding on a powerful and unbeaten century by opener Shane Watson, Chennai beat SunRisers to win the IPL final. After a slow start to the chase of 179 runs, Watson made his intentions clear. He dismantled the formidable bowling force of Hyderabad hitting 11 fours and 8 sixes. He was ably supported by Suresh Raina in the middle overs after losing Faf du Plessis early.

Watson took his time to settle and then wreaked havoc on the SRH bowlers hitting his second century of this season. He hit his first century against Rajasthan Royals in the round robin stage.

Chennai eventually reached the target in 18.3 overs to win the final at the Wankhede Stadium in Mumbai.

Comments
Topics mentioned in this article
Chennai Super Kings Sunrisers Hyderabad Indian Premier League 2018 MS Dhoni Dwayne Bravo Cricket
Get the latest updates on India vs Australia Series, check out the India vs Australia Schedule for 2020-21 and Ind vs Aus live score . Like us on Facebook or follow us on Twitter for more sports updates. You can also download the NDTV Cricket app for Android or iOS.