When MS Dhoni came out to bat after the fall of Suresh Raina, a fan breached the security barrier and entered the field to touch his feet. 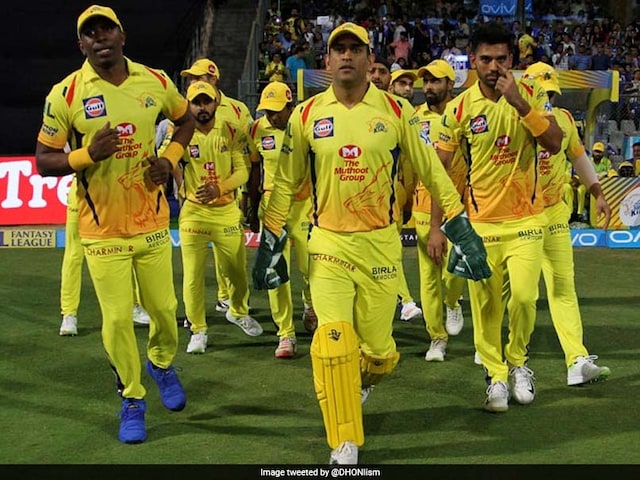 Chennai Super Kings' (CSK) Shane Watson hogged the limelight in the IPL 2018 match against Rajasthan Royals on Friday. The Australian all-rounder scored 106 in just 57 balls to help his team register an easy win at their new home ground in Pune. CSK captain MS Dhoni couldn't contribute much with the bat in the game but the fan following he has is surely unmatched. When he came out to bat after the fall of Suresh Raina, a fan breached the security barrier and entered the field to touch Dhoni's feet. He also got the opportunity to chat with the former India skipper and it seems Dhoni said something to him which touched his heart.

This isn't the first time Dhoni has been part of such an incident during a match. In the second One-day international match between India and Sri Lanka in December last year, a fan had done the same thing. Revered and respected by his fans, in January last year and during a Vijay Hazare game, fans had crossed barricades to touch his feet.

Due to Cauvery water dispute, CSK had to shift their base from Chennai to Pune. As a special gesture, the team management organised a chartered train, named the 'Whistle Podu Express' after the supporters' group to transport hundreds of fans on the 21-hour journey to Pune.

CSK's new recruit, South African leg-spinner Imran Tahir, heaped praise on the ardent followers as videos surfaced on social media showing the supporters singing and dancing on the train as it made its way to the west coast of the country.