The Virat Kohli-led outfit not only lost their fifth match from seven outings but they were bowled out for the lowest-ever IPL score- 49 in 9.4 overs! They surpassed Rajasthan Royals' score of 58, which they had made way back in 2009. 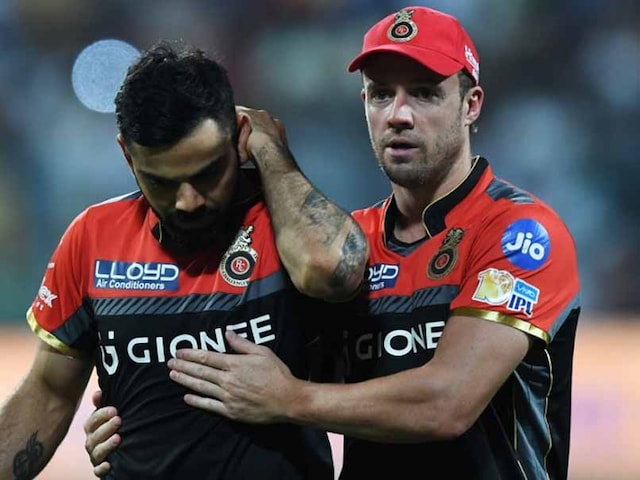 Royal Challengers Bangalore (RCB) aren't really having that great of an IPL 2017 so far. The 10th edition of the Indian Premier League hasn't exactly gone to plan but no one could have predicted RCB's humiliating loss at the Eden Gardens on Sunday night by the home team and twice champions Kolkata Knight Riders (KKR)! The Virat Kohli-led outfit not only lost their fifth match from seven outings but they were bowled out for the lowest-ever IPL score — 49 in 9.4 overs! They fell short of Rajasthan Royals' score of 58, which was made way back in 2009 in Cape Town against RCB! KKR's 82-run win led the fans at Eden to celebrate wildly after the team's loss to Gujarat Lions in the last match.

#IPL Match 27: This is what happens when bowlers run riot #KKRvRCB pic.twitter.com/P3rlMUJDcc

Previously, RCB's lowest total was 70 against Rajasthan Royals in 2014. At Eden, none of RCB's prolific batsmen could even get to double digits. Their best performance came from Kedar Jadhav who could manage a nine. Colin de Grandhomme was the pick of the bowlers for Kolkata, returning with figures of 3 for 4 while Nathan Coulter-Nile and Chris Woakes picked up three wickets each.

"Our worst batting performance, it really hurts. After the kind of half that we had, we thought we could capitalise and chase it down (KKR made 139 in 19.3 overs). Reckless batting. I can't say anything at the moment," said a visibly upset Virat Kohli who got out for a duck on Sunday.