Rohit Sharma-led Mumbai Indians would have their task cut out when they meet Gautam Gambhir's Kolkata Knight Riders. 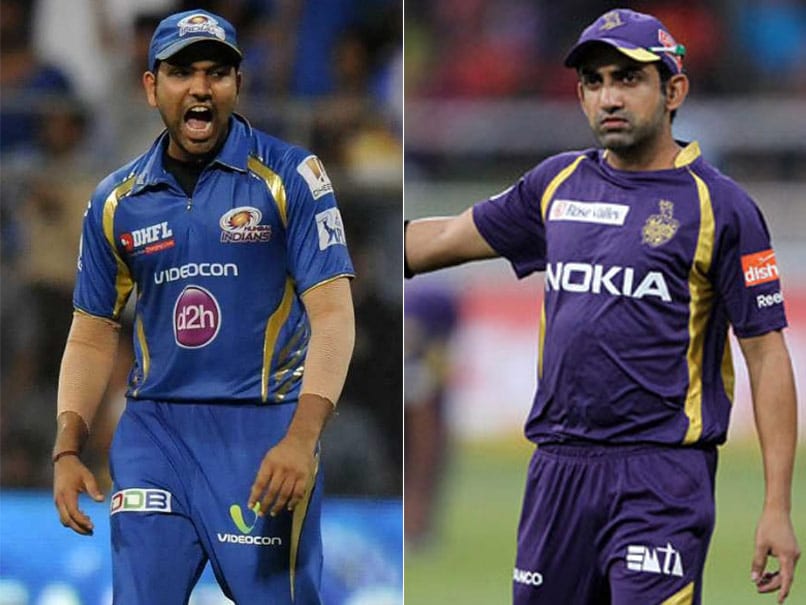 Mumbai Indians are not in a happy position in IPL 10 so far, having lost a match they should have won. On the other hand, Kolkata Knight Riders were in fantastic form when won their first match by 10 wickets, with Australian Chris Lynn and skipper Gautam Gambhir showing fantastic form. The clash on Sunday at the Wankhede Stadium in Mumbai should be a cracker. We suggest five names that should make a big impact on the game.

Top 5 picks for the MI vs KKR game

Rohit Sharma: The Mumbai skipper did not have a great match against Rising Pune Supergiant, but he is too good a limited-overs player to fail frequently. In any case, he is one of Mumbai's batting mainstays, so he will have to consistently come to the party to make a difference. He will be a key cog for MI.

Kieron Pollard: The West Indian has been one of MI's biggest weapons in past IPL tournaments and this time too, they would need him to fire big time. He, like most other Mumbai Indian players, had a pretty trying time against RPS, but it is still early days in the tournament and he too is too good to miss out all the time.

Hardik Pandya: Hardik was almost the difference between the loss and a potential win for Mumbai in the first match. He scored some rapid-fire runs to keep his side in the fray and enabled them to take the battle to the last over. His contribution can be significant.

Gautam Gambhir: The left-hander led from the front when KKR destroyed Gujarat Lions. He was in sublime form and also, he has a little point to prove to everyone concerned, especially since his exit from the Indian team scheme of things was not quite happy. Gambhir will be crucial.

Kuldeep Yadav: The young chinaman bowler, who has improved in leaps and bounds, will surely be crucial to the KKR bowling attack, since his brand of bowling can be quite a weapon. He was effective in the first game and KKR would be hoping he keeps his form through the tournament.

Mumbai Indians suffered a crucial blow when middle-over batting mainstay Ambati Rayudu had to be stretchered off the ground after injuring himself while fielding against RPS. He has a pretty serious groin injury and may be out of action for 10 days at least.

KKR would be hard-pressed to find any reasons to change their squad after their near-perfect performance in the first match.