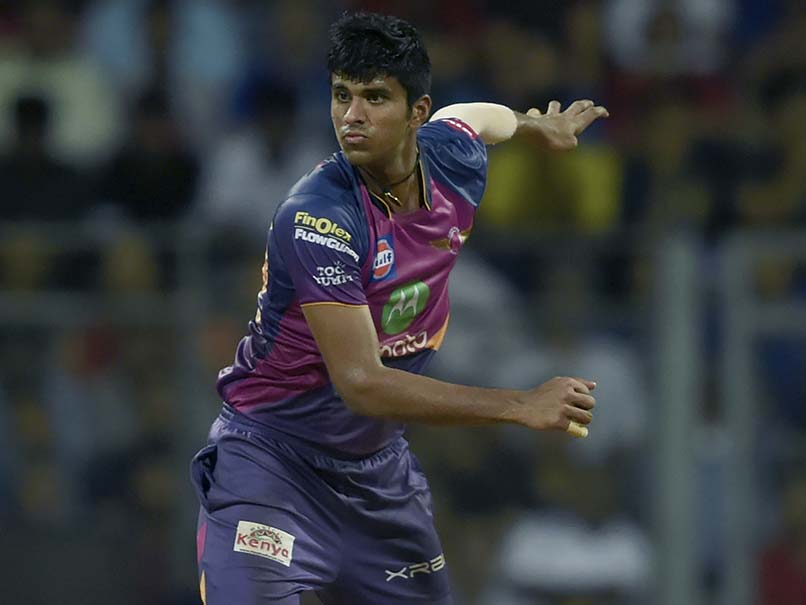 Washington Sundar claimed 3/16 against Mumbai Indians in the Qualifier 1.© BCCI

The Indian Premier League (IPL), one of the biggest cricketing platforms of the world, has always been the breeding ground for young talent from all over the world. The one thing which makes the IPL the nurturer of raw talent is the assembling of world-class players from different countries in India. The nation responds as players like Sundar take on the top batsmen of the world and make their mark, an investment even for India colours at some point. Like all other years, this year also the league has seen young cricketers stand up at crucial points and showcase their calibre.

Here is the list of the top 5 Indian players who set IPL 10 ablaze:

Washington Sundar: The Tamil Nadu off-spinner first made headlines for his unusual name. Then he sent down spell after spell of fine bowling with control belying his 17 years. Soon, the headlines were all about his bowling.

Deployed into the Rising Pune Supergiant squad as a fall-back for the absent Ravichandran Ashwin, Sundar, who looks the part, became an important part of the bowling, especially once Imran Tahir left. While he got just 8 wickets, his 3/16 against Mumbai Indians in the Qualifier 1 was telling. Sundar bowled at an average of 23.12, an economy of 6.15 and economy of 22.50.

Rishabh Pant: Pant was a part of the Indian team that made it to the final of the ICC Under-19 World Cup in Bangladesh. His ability to smack the ball out of the park with ease has earned him fame, and if nurtured and disciplined with consistency, he can become a regular feature of the Indian setup.

Playing for Delhi Daredevils in IPL 2017, Pant scored 366 runs with an impressive strike-rate of 165.61 from 14 matches, his highest score being 97 against Gujarat Lions.

Pant, who has a triple-century to his name in Ranji Trophy, has been kept as a stand-by for the prestigious Champions Trophy 2017.

From representing Delhi in the Syed Mushtaq Ali Trophy to becoming the highest run-getter for the same state in Ranji Trophy, Rana has come a long way.

Coming out to bat at number three, Rana has always been skilful with his smart and attacking batting and is a consistent run-scorer.

Rahul Tripathi: The 26-year-old batsman plays first-class cricket for Maharashtra and was bought by Rising Pune Supergiant. Mayank Agarwal's inconsistency at the top handed him his IPL debut and he made the best of it. Opening the batting line-up with Ajinkya Rahane, Tripathi has delivered a fierce batting performance with his excellent knack for hitting the balls right.

Tripathi has always given a flying start to the Pune team as he has scored 391 runs from 14 innings with a good strike rate of 145.44, his highest being 93.

Receiving praise from the other cricketers, Tripathi has grabbed attention and should be in queue for the call-up for national duty.

Basil Thampi: With India only recently finding fast-bowling talent on a regular basis, Thampi becomes a good discovery. With 11 wickets to his name from 12 matches, Thampi has played an important role in the Gujarat Lions bowling attack.

Playing his first IPL, Thampi recorded an economy rate of 9.49 where his best bowling figures stand at 3/29. Dismissing big guns like Chris Gayle and David Warner has given the Kerala fast bowler a big boost. He was awarded the Emerging Player Award for IPL 10.

Bowling in the death overs for the Lions, with his variations and tight bowling length, Thampi has often taken wickets and curbed the flow of runs. A bit of polishing and training from the greats of the game, will carve the best of the young bowler.

Mohammad Siraj: Hailing from Hyderabad, Siraj has 41 wickets to his name from nine matches in Ranji Trophy. Fetching a whopping 2.6 crore in the IPL auction, the young bowler donned the jersey of the defending champions Sunrisers Hyderabad.

With 10 wickets from six matches, Siraj had led the bowling attack for Hyderabad along with ace pacer Bhuvaneshwar Kumar. Hyderabad's bowling has been on-point yet again this season as their bowlers have taken them over the finish line quite a many times.

With variations in bowling and temperament to bowl in the death, Siraj has been a good find. Playing alongside the likes of Shikhar Dhawan, David Warner and Bhuvaneshwar Kumar, Siraj has shown the skills that an experienced bowler displays.