Sanjay Manjrekar suggested that India should play more against the West Indies to become a "better T20 team" but his tweet did not go well among the fans. 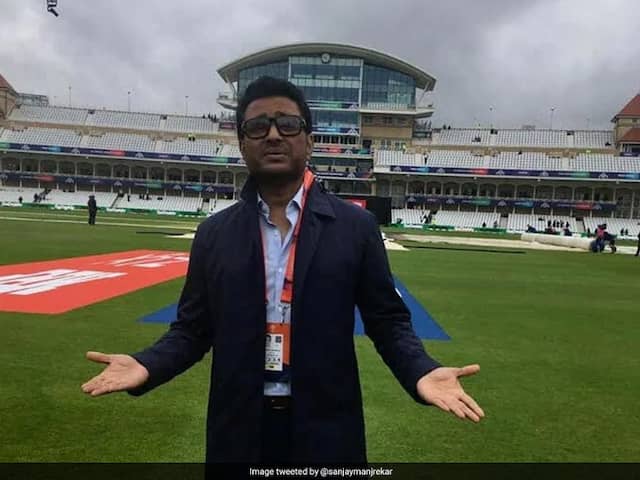 Sanjay Manjrekar once again became a target for trolls.© Twitter

Sanjay Manjrekar, in a bid to help India become a "better T20 team", suggested that they should play against the world champions West Indies more often. His suggestion came after the West Indies won the second T20I against India in a convincing manner to level the three-match series 1-1. "India must play WI more. It will only make India a better T20 team," Sanjay Manjrekar tweeted. Manjrekar's tweet, as usual, did not get well among the fans as many trolled him instantly. One of the fans also reminded Sanjay Manjrekar that, the West Indies had lost their T20I series against Afghanistan by a 2-1 margin.

Another took a sly dig at Manjrekar and commented, "You should do more commentary stints with Harsha Bhogle. It will only make..........."

"I don't know if Sanjay is reading all replies he get for his tweet. If he is reading, and still continues doing tweet, then he is most shameless guy," another fan commented.

India must play WI more. It will only make India a better T20 team. #WIvIND

The series decider will be played at the Wankhede Stadium in Mumbai on Wednesday. India began with a win in the series opener but lost the second match at the Greenfield International Stadium in Thiruvananthapuram.

After the T20I series, India will host the West Indies for a three-match One-day International (ODI) series, which begins on December 15 at the MA Chidambaram Stadium in Chennai. The second match will be played in Vizag while Cuttack will play host to the final encounter on December 22.

West Indies Cricket Team India vs West Indies 2019/20 Cricket
Get the latest updates on IPL 2020, check out the IPL Schedule for 2020 and Indian Premier League (IPL) Cricket live score . Like us on Facebook or follow us on Twitter for more sports updates. You can also download the NDTV Cricket app for Android or iOS.