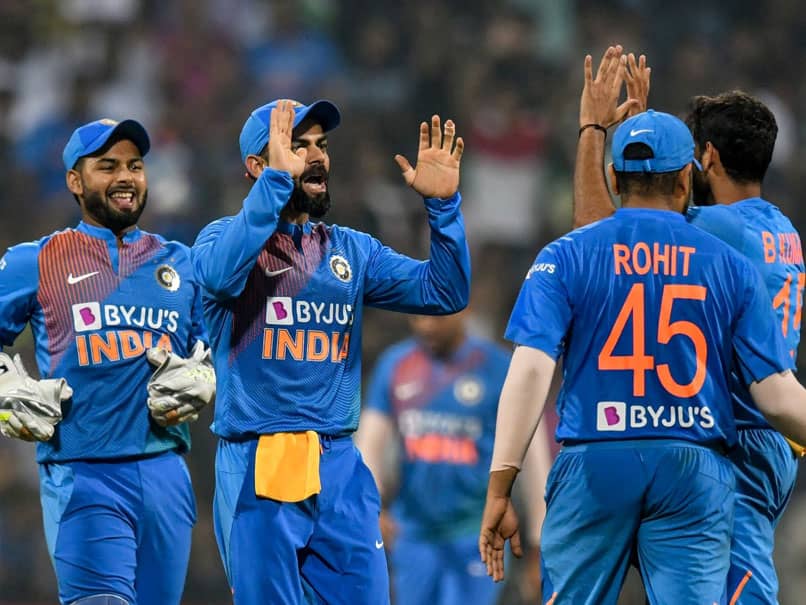 India beat West Indies by 67 runs in the 3rd T20I to clinch the series 2-1 at Mumbai's Wankhede Stadium on Wednesday. Indian fast bowlers Deepak Chahar, Bhuvneshwar Kumar and Mohammed Shami gave India early breakthroughs as they picked up one wicket apiece inside the powerplay. Kieron Pollard and Shimron Hetmyer gave Indian bowlers some scare with their power-hitting but in the end it proved futile as they couldn't take their side across the line. Earlier, the West Indies skipper Kieron Pollard won the toss and invited India to bat. Indian batsmen proved his decision wrong as KL Rahul, Rohit Sharma and Virat Kohli all scored quick-fire half-centuries, helping India post 240/3. Both India openers batted with only one intent and that reflected on the scoreboard as they smashed the West Indies bowlers to all parts of the ground, scoring 72 runs in the first six overs. Rohit and Rahul showed no mercy on the West Indian bowlers and brought up 100 runs on the board in the eight over. They both added 135 runs for the opening wicket. After Rohit departed on 71 runs, India's ploy to promote Rishabh Pant back-fired as he got out without troubling the scorers. After that, Virat Kohli and Rahul took control of the game and took India to a strong first-inning total. (LIVE SCORECARD)