Prithvi Shaw, who scored 237 runs in the 2-match Test series against the Windies, was adjudged man of the series. 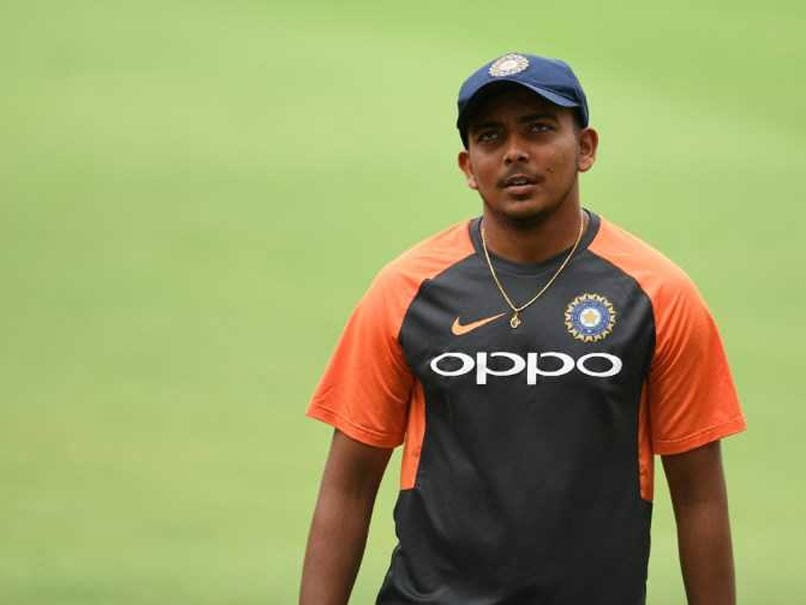 Young Prithvi Shaw made his debut Test series memorable, earning the man of the series award against the Windies on Sunday. Shaw, who scored 237 runs in the two Tests, played fearless cricket against the visitors. Wicket keeper Rishabh Pant, on the other hand, also impressed with his performance in both the Tests scoring 184 runs. Post the completion of the Test series, skipper Virat Kohli hailed the performance of both youngsters and hinted that both might just be India's special weapons for the upcoming tour of Australia.

"We were looking at them playing with a lot of freedom, which they did," Kohli said after India's three-day, 10-wicket win on Sunday. "Prithvi was outstanding, Rishabh was really fearless. I am really happy that these guys have grabbed their chances."

Shaw became the youngest Indian batsman to score a Test century on debut, smashing 134 in the first Test against the West Indies in Rajkot.

He followed it up with a quick-fire 70 in the first innings of the second Test in Hyderabad.

Left-hander Pant, who hit a century during this year's Test tour of England, followed up with scores of 92 in both the first and second Tests against the West Indies.

"I know the conditions were not as challenging as they might get in future, but in Test cricket, the first and the most important thing is confidence and understanding that you can score runs at the Test level," said Kohli.

"From that point of view, (I'm) very happy that these guys have taken their chance so well."

Pant, who shows an audacious range of strokes as a middle-order batsman, has been rewarded for his Test performances with a call-up for the first two One-day Internationals against the Windies.

But it is Shaw who has stood out, with some pundits comparing him to the great Sachin Tendulkar. He scored 237 runs in three innings against the West Indies to get the Man of the Series award.

Virat Kohli Prithvi Shaw Rishabh Pant India vs West Indies 2018 Cricket
Get the latest updates on T20 World Cup, check out the T20 World Cup Schedule and Live Score . Like us on Facebook or follow us on Twitter for more sports updates. You can also download the NDTV Cricket app for Android or iOS.