With 613 points under his belt, Indian pacer Umesh Yadav also rose four places to No. 25 in the Test bowling rankings. 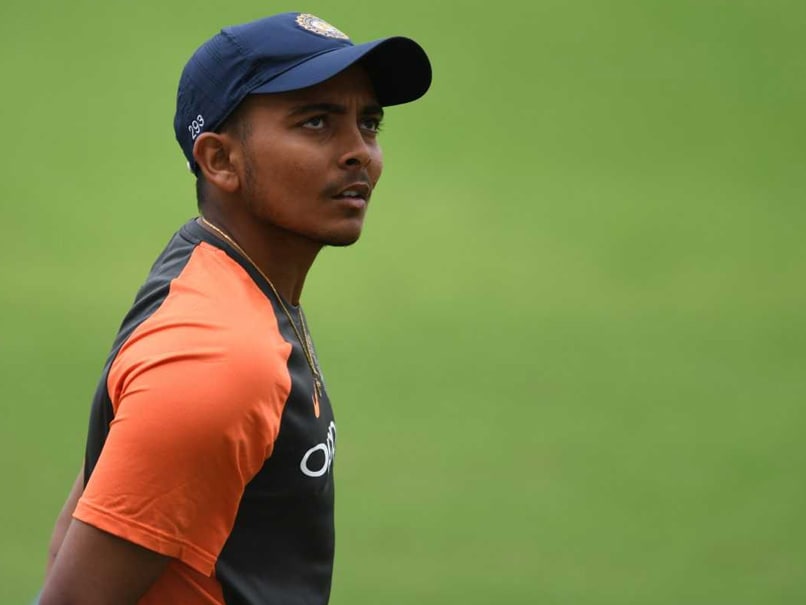 After enjoying a memorable two-match Test series against the visiting West Indies, youngsters Prithvi Shaw and Rishabh Pant have now moved up the International Cricket Council's Test rankings, which were released on Monday.

While Shaw became the youngestIndian to score a century on Test debut in the first Test at Rajkot, Pant entertained audiences with attacking middle-order batting in both the Test matches. However, Shaw and Pant aren't the only Indians to have climbed up the ladder in the rankings. Pacer Umesh Yadav, whose 10-wicket haul in the Hyderabad Test helped India execute a Windies series whitewash, also moved up to his career-best slot of No. 25 with 613 points.

Latest from the @MRFWorldwide ICC Test Rankings, where Jason Holder has climbed to a career high!

Keeping in mind the overall rankings of the Test teams, India retain the top slot with South Africa trailing Virat Kohli and team by one point.

India clinched both the Test matches of the two-match Test series, held in Rajkot and Hyderabad, by convincing margins. Prithvi Shaw was adjudged the man of the series for a century in his debut game in Rajkot and a 70 and 33* in the second outing. In the Hyderabad Test, Umesh Yadav was adjudged man of the match for picking a 10-for.

West Indies Cricket Team India vs West Indies 2018 International Cricket Council Cricket
Get the latest updates on IPL 2021, check out the IPL 2021 Schedule and Indian Premier League Live Score . Like us on Facebook or follow us on Twitter for more sports updates. You can also download the NDTV Cricket app for Android or iOS.