Harbhajan Singh's tweet, questioning the quality of the present Windies team didn't go down too well with the former West Indian fast bowler. 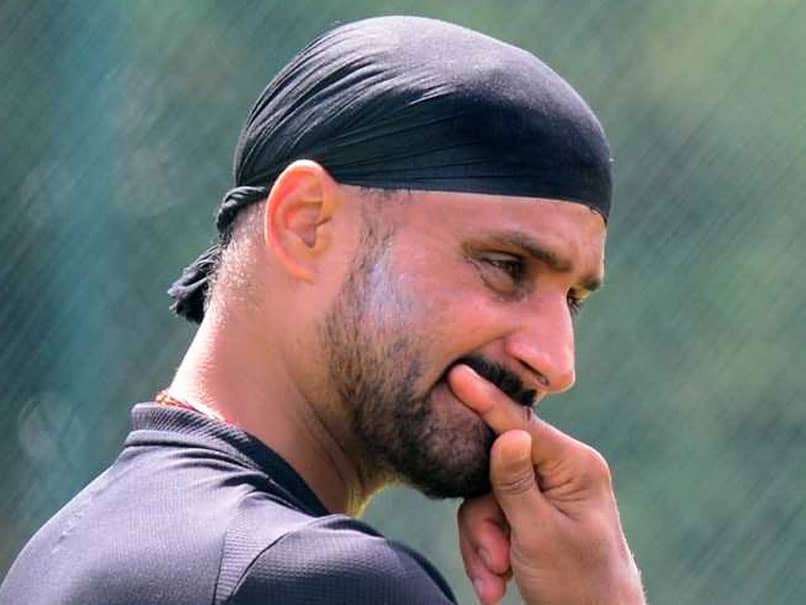 Harbhajan Singh was taken to task for his comments on the performance of the Windies team.© AFP

Former West Indian pacer Tino Best has not taken too kindly to comments made by Harbhajan Singh regarding the current Windies team that is on tour to India. The Windies were outplayed and outclassed by India in the opening Test in a lopsided contest at the Saurashtra Cricket Association Stadium, Rajkot. India won the match inside three days, registering their biggest innings win in Test cricket. During the match, Harbhajan questioned the quality of the Windies team and saying that the visitors were not even good enough to compete against the elite teams in Ranji Trophy.

With all due respect to West Indies Cricket but I have a question for u all...will this west Indies team qualify for Ranji quarters from the plate group? Elite se to nahin hoga#INDvsWI

Tino Best was not too impressed with the Harbhajan's tweet and hit back at the Indian off-spinner. The West Indian took a pot shot at India's performance during the Test series in England, where they lost the five-match series 1-4.

Hey bro didn't see these cocky tweets vs England .... but anyhow the young men will learn

Not just the West Indian cricketer, some Indian fans too were left outraged by Harbhajan's comments.

If English ex cricketgers had made such comments about our teams the previous tours in 2011 and 2014, how would you have reacted? Disrespectful

With all due respect... this kind of behaviour is the reason you are sitting here and tweeting instead of playing. Very Disrespectful.

This was the exact feeling England were having when we were out there playing against them in their home ground! Don't be arrogant for no reason! Forgot that you are a sportsman?? #INDvWI #sportsmanship #staygrounded #stayhumble

How about try to be a little respectful??Also WI has won a test match in Eng & UAE(vs Pak) each. They are missing few of their key players in this match.

However, the Windies team did little to prove Harbhajan wrong, putting in a meek performance at Rajkot.

Spinner Kuldeep Yadav starred in India's biggest-ever Test triumph as they thrashed the Windies by an innings and 272 runs.

The tourists were dismissed for 196 -- in their second innings -- early in the final session while following on, to trail the two-match series 0-1. They were bowled out for 181 in their first innings in response to India's 649 for nine declared.

The win at Rajkot helped the world's top Test side surpass their previous biggest win against Afghanistan by an innings and 262 runs during the minnows' debut five-day game in June.