In the ICC T20I Team Rankings, India have gained three points from the series but remain behind England on decimal points. 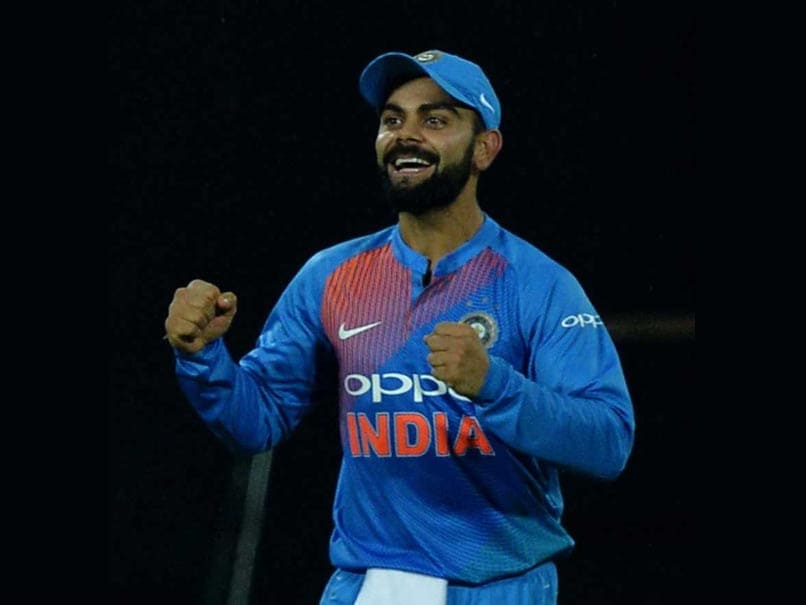 Kohli consolidated his position at the top of the table, while Rohit and Shikhar moved up© AFP

India captain Virat Kohli consolidated his position at the top of the table, while openers Rohit Sharma and Shikhar Dhawan moved up in the latest ICC T20I Player Rankings released on Wednesday. Kohli scored 104 runs in the T20I series to guide India to a 2-1 win over New Zealand and it has helped him strengthen his numero uno position. He gained 13 points and increased the gap with Australia's Aaron Finch to 40 points.

Rohit and Dhawan who scored 93 and 87 runs in the three-match series moved up three places to 21st and 20 places to 45th respectively. The Indian bowlers to moved in the right direction are pace bowler Bhuvneshwar Kumar (up two places to 26th), leg- spinner Yuzvendra Chahal (up 22 places to 30th) and left-arm spinner Akshar Patel (up 17 places to 62nd).

In the ICC T20I Team Rankings, India have gained three points from the series but remain behind England on decimal points, in fifth place.New Zealand, however, have ceded the top place toPakistan (124) after they slipped from 125 to 120 points, following their 1-2 loss in the series. New Zealand bowlers Ish Sodhi and Trent Boult have made noteworthy gains in the ICC T20I Player Rankings.

Sodhi's five wickets in the series have lifted him five places to the top-10 for the first time in his career. Left-arm pace bowler Boult, who grabbed six wickets including a haul of four for 34 in the second match in Rajkot which his side won by 40 runs, has reached a career-best 16th position after moving up 14 slots.

Tim Southee (up five places to 81st) is another New Zealand bowler to move up while opener Colin Munrois a major gainer among batsmen. Munro has gained four places to reach 12th position after scoring 123 runs in the series including an unbeaten 109 in Rajkot.

Comments
Topics mentioned in this article
India Cricket Team Virat Kohli Yuzvendra Chahal Rohit Sharma Kane Williamson Colin Munro Shikhar Dhawan India vs New Zealand Cricket
Get the latest updates on IPL Auction 2023 and check out  IPL 2023 and Live Cricket Score. Like us on Facebook or follow us on Twitter for more sports updates. You can also download the NDTV Cricket app for Android or iOS.