India vs New Zealand: According to reports, KL Rahul is likely to lead Team India during the upcoming T20I series against the Blackcaps. Fans will also return to the stadium, but with an eye on the COVID-19 protocols. 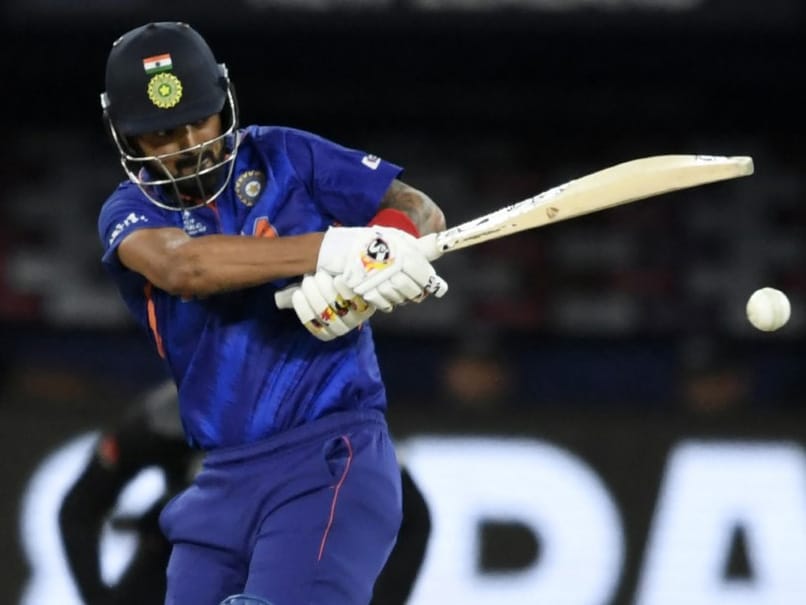 KL Rahul is likely to lead Team India during the upcoming T20I series against NZ.© AFP

The performance of the Indian cricket team in the T20 World Cup has been anything but satisfactory so far and keeping in mind the fatigue of the players due to the bubble life, some senior players will be rested for the T20I series against New Zealand. And it is likely that KL Rahul could don the captain's hat. Speaking to ANI, a source in the know confirmed that Rahul is the front runner for the job. "The seniors would need a breather and it is no secret that Rahul is an integral part of the team's T20 structure. He is almost certain to lead," the source said.

Interestingly, fans will return to the stadium for the series, but with an eye on the COVID-19 protocols.

"Yes, we will have fans coming in, but it won't be full capacity. We will work closely with the local authorities and plan the way forward," a BCCI official said.

Coming back to resting seniors for the T20I series, Jasprit Bumrah did throw light on the fatigue factor after the loss against the Kiwis on Sunday.

"Sometimes you need a break. You miss your family sometimes. You've been on the road for six months. So all of that sometimes play on the back of your mind. But when you're on the field, you don't think of all those things. You don't control a lot of things, how the scheduling goes on or what tournament is played when.

"So obviously staying in a bubble and staying away from your family for such a long period of time does play a role on the player's mind as well. But they also tried their best to make us feel comfortable. But this is the time which we're living in right now. It's a difficult time. There's a pandemic going on. So we try to adapt. But sometimes bubble fatigue, mental fatigue also creeps in, that you're doing the same thing again and again and again. So it is the way it is, and you can't control a lot of it here," he said.

New Zealand will play a T20I series and then follow it up with two Test matches. The T20Is will be played on November 17 in Jaipur, November 19 in Ranchi and November 21 in Kolkata. The two Tests will be played in Kanpur (November 25-29) and Mumbai (December 3-7).

KL Rahul India vs New Zealand Cricket
Get the latest updates on IPL Auction 2023 and check out  IPL 2023 and Live Cricket Score. Like us on Facebook or follow us on Twitter for more sports updates. You can also download the NDTV Cricket app for Android or iOS.