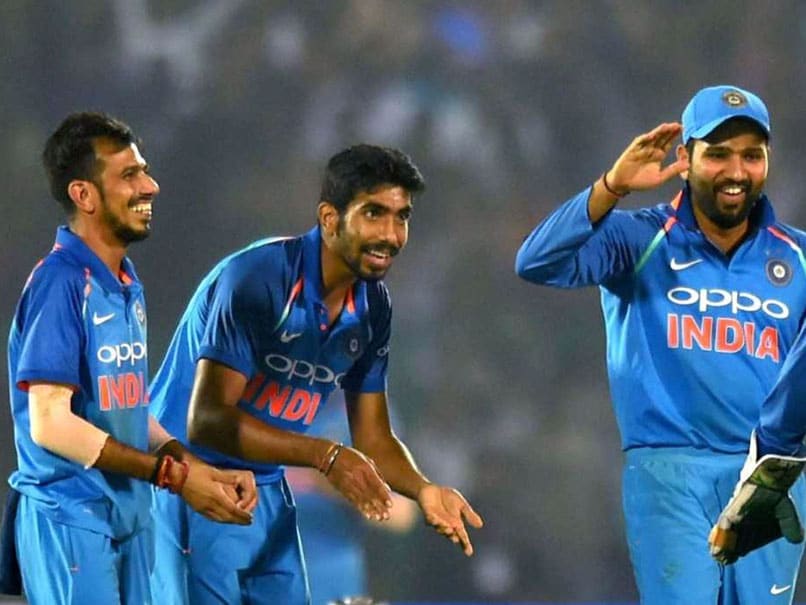 Bumrah and Chahal were instrumental in India's win over New Zealand in T20I series.© PTI

India defended a below-par score of 67 against New Zealand in the third and final T20I that helped them win the series 2-1 in a rain-curtailed 8-over match. While Bhuvneshwar Kumar gave India the perfect startby dismissing Martin Guptill in the first over, it was Jasprit Bumrah and Yuzvendra Chahal who came to the party and helped the hosts defend the total. Bumrah bowled the crucial seventh over as he conceded only 10, giving Hardik Pandya a cushion of 18 runs in the last over. Bumrah finished with figures of 9 for 2. Chahal choked the flow of runs in the middle as the leg-spinner returned with figures of 0 for 8 in his two overs.

Speaking highly of both the Indian bowlers, former India captain Sunil Gavaskar said, "They were fantastic. They have been absolutely terrific. They had brought all their IPL experience into play, they know exactly where to bowl, to which batsman what line to bowl, what deliveries to bowl and yes, there will be that odd over when they will go for runs but they come so strongly. That tells you about their (Bumrah and Chahal) big heart as well. Take punishment and then to come back and bowl deadly overs.

"Both these bowlers have been quite outstanding and I do believe that the way they are bowling they should also be considered for the red ball format which is the Test format. Particularly, I think both of them. Bumrah for example, you know in South Africa, Australia and England he will be quite a handful with the pace and with the accuracy that he has and Chahal as well, the way he has been tossing the ball up to the odd batsman, getting the ball to turn and grip, I think both of them are ready for red ball cricket," added Gavaskar in an exclusive chat with NDTV.

Comments
Topics mentioned in this article
India Cricket Team New Zealand Cricket Team Yuzvendra Chahal Jasprit Bumrah Bhuvneshwar Kumar Sunil Gavaskar India vs New Zealand Cricket
Get the latest updates on IPL Auction 2023 and check out  IPL 2023 and Live Cricket Score. Like us on Facebook or follow us on Twitter for more sports updates. You can also download the NDTV Cricket app for Android or iOS.