Kohli said having to bat on bowler-friendly conditions made his side "nervous" after losing the toss. 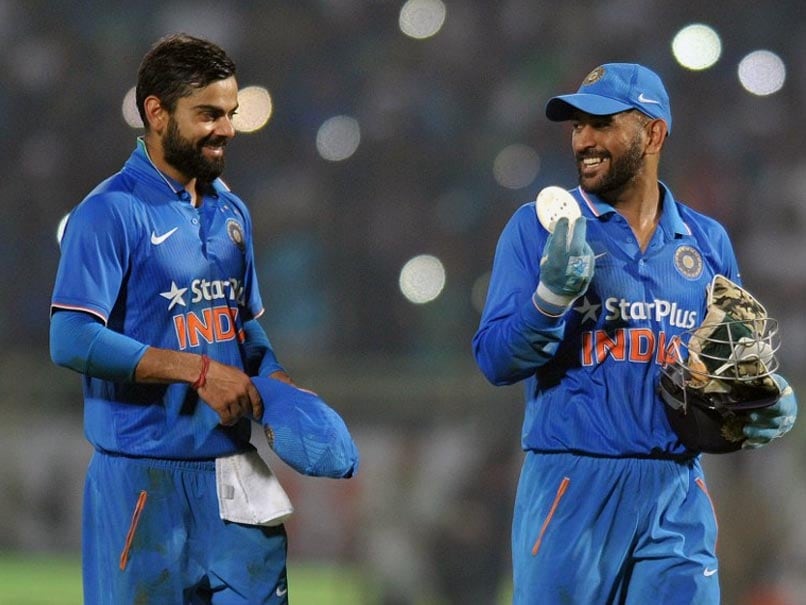 India captain Virat Kohli found himself in a rather tricky position as India had to defend 67 runs in 8 overs to avoid a series defeat at the hands of New Zealand on Tuesday. Rain-curtailed matches are often decided by fine margins and the 3rd T20I in Thiruvananthapuram was going to be no different. With two overs remaining, Kohli had to make some key calls that were bound to determine the outcome of the tense contest. At that crucial juncture of the match, MS Dhoni's advised Kohli to hand the ball to Jasprit Bumrah, who went on to deliver for the hosts.

"We thought if we can take the run-rate up, it's not going to be so easy. Rohit and MS (Dhoni) came up with Bumrah bowling the second last, and Hardik Pandya bowled the last over well. When Hardik got hurt, I was thinking god forbid if I had to bowl the last four balls," said Kohli seeing the funny side of Pandya's spirited fielding effort in the final over.

Bumrah ended with figures of two for nine in two overs.

Kohli also said having to bat on bowler-friendly conditions made his side "nervous" after losing the toss.

"I think we were really happy to get a game. This crowd deserved to watch some action. Ever since the ODIs started, we expected them to give a good fight. We were nervous to start here, with the damp pitch," said Kohli after India won the eight overs a side contest.

"We have won a few on the trot and it makes us very proud. This stadium is beautiful, the outfield wonderful and the crowd made it special. I am surprised there were no games here earlier," he added

Comments
Topics mentioned in this article
India Cricket Team New Zealand Cricket Team Virat Kohli MS Dhoni India vs New Zealand Cricket
Get the latest updates on IPL Auction 2023 and check out  IPL 2023 and Live Cricket Score. Like us on Facebook or follow us on Twitter for more sports updates. You can also download the NDTV Cricket app for Android or iOS.