Ross Taylor and Virender Sehwag had a running battle of wits on Twitter during the India vs New Zealand series. 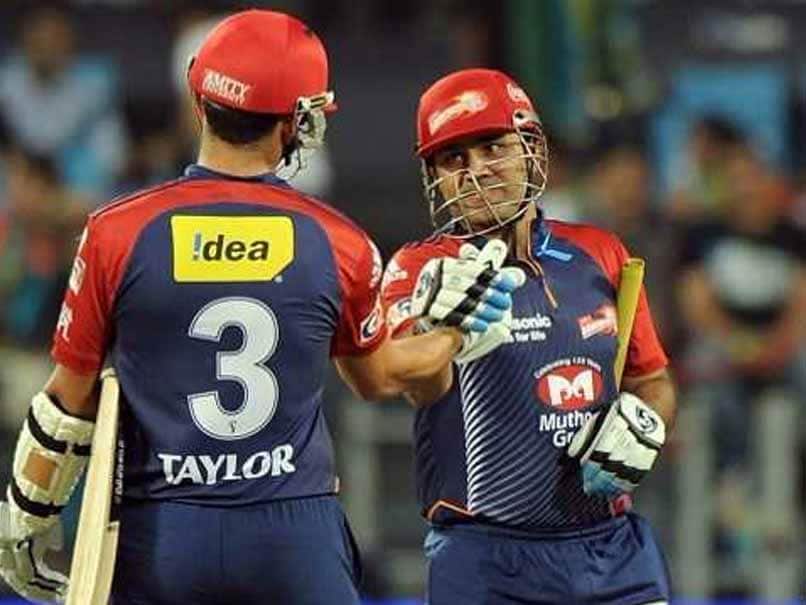 Ross Taylor displayed his Hindi skills in the just-concluded series against India.© AFP

New Zealand batsman Ross Taylor made quite a name for himself while touring India, not only for the way he played throughout the ODI series that New Zealand lost to India 2-1 but also for his Hindi skills that surprised everyone along with former India opener Virender Sehwag, who started the Twitter banter a couple of weeks ago. While Sehwag might have thought that he had the last laugh as he took to Twitter on Tuesday after the Kiwis lost the last rain-curtailed T20I at the Greenfield International Stadium in Thiruvananthapuram. Sehwag tweeted to Taylor, "Dhulaai ke baad silaai, but well played NZ.Never feel very bad losing against NZ because they are such nice guys,but sweet victory for India."

With the series coming to an end after the Kiwis lost the T20I series 2-1, Taylor revealed the names of the people behind his Hindi skills. Taylor took to Instagram and shared a post where he is seen standing alongside his teammate Ish Sodhi and Indian staffer Dev who had helped him learn the language. "As always India it was a pleasure. FYI - the two responsible for helping me with banter with @virendersehwag are here in this photo, thanks Dev and @ic3_odi , signing off with one last message: Dhullai aur Silaai Anne waale samay mein jaari rahegi ??#India #indvnz #Mumbai #darji," wrote Taylor.

As always India it was a pleasure. FYI - the two responsible for helping me with banter with @virendersehwag are here in this photo, thanks Dev and @ic3_odi , signing off with one last message: Dhullai aur Silaai Anne waale samay mein jaari rahegi ??#India #indvnz #Mumbai #darji

New Zealand showed a lot of character in the limited-overs series against a formidable Indian line-up led by Virat Kohli and came close to winning both the ODI series and T20I series that the visitors managed to take it to the final match.

After taking a 1-0 lead in the 3-match ODI series, New Zealand lost the last two matches of the series as the hosts were pushed to their limits in order to clinch the series.

The T20I series was no different with New Zealand coming back after losing the first match but India won the decider. Taylor was part of the ODI series initially but because of his good performance with the bat in the first couple of matches, the New Zealand right-hander was retained in the squad for the T20Is as well.

Comments
Topics mentioned in this article
India Cricket Team New Zealand Cricket Team Ross Taylor Virender Sehwag India vs New Zealand Cricket
Get the latest updates on IPL Auction 2023 and check out  IPL 2023 and Live Cricket Score. Like us on Facebook or follow us on Twitter for more sports updates. You can also download the NDTV Cricket app for Android or iOS.