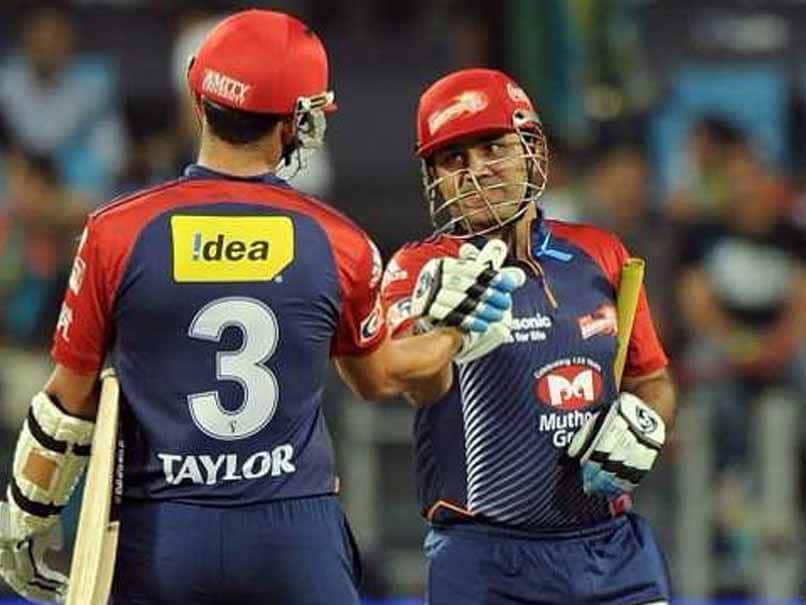 Taylor is matching Sehwag shot by shot off the field with his wit on Twitter.© AFP

New Zealand batsman Ross Taylor has had an eventful couple of weeks here in India. Taylor has not only come good with the bat for New Zealand but his Hindi skills has surprised everyone along with former India opener Virender Sehwag, who started the Twitter banter a couple of weeks ago. A fortnight ago, Taylor had replied to Sehwag's 'Darji' comment with a twist. Continuing the banter with the former India opener, the New Zealander took to Instagram on Sunday to share a picture of him sitting in front of a shut tailor shop and captioned it,"@virendersehwag #Rajkot mein match k baad, #darji (Tailor) Ki dukaan band. Agli silai #Trivandrum mein hogi... Zaroor Aana. #India #IndvNZ."

Sehwag was quick to respond and tagged Unique Identification Authority Of India (UIDAI), asking them whether the veteran Kiwi middle-order batsman is eligible for an Aadhaar Card for his impressive Hindi skills.

Highly impressed by you @RossLTaylor . @UIDAI , can he be eligible for an Aadhaar Card for such wonderful Hindi skills. https://t.co/zm3YXJdhk2

UIDAI took the tweet with a tinge of humour as their official Twitter handle responded by stating, "Language no bar. Resident status is what matters."

Language no bar. Resident status is what matters.

Taylor has been in the thick of things since the start of the ODI series where the visitors stunned India in the first ODI but eventually went on to lose the series 2-1 to India.

He was instrumental in Kiwis winning the first ODI where he, along with Tom Latham had stitched together a 200-run stand that kick-started the Twitter banter between Sehwag and Taylor with the former calling the New Zealander 'Darji ji'.

At the moment, Taylor is matching Sehwag shot by shot off the field with his wit on the micro-blogging site with his team giving India a good run for their money in the T20I series as well.

The third and final T20I will be played at Greenfield International Stadium, Thiruvananthapuram on Tuesday, November 7 with the series tied 1-1.

Comments
Topics mentioned in this article
India Cricket Team New Zealand Cricket Team Virender Sehwag Ross Taylor India vs New Zealand Cricket
Get the latest updates on ICC T20 Worldcup 2022 and CWG 2022 check out the Schedule, Live Score and Medals Tally. Like us on Facebook or follow us on Twitter for more sports updates. You can also download the NDTV Cricket app for Android or iOS.