Rohit Sharma Second Only To Virat Kohli In Completing 1,000 T20I Runs In Winning Cause

Rohit Sharma scored a match-winning knock of 80 in the 1st T20I vs New Zealand. 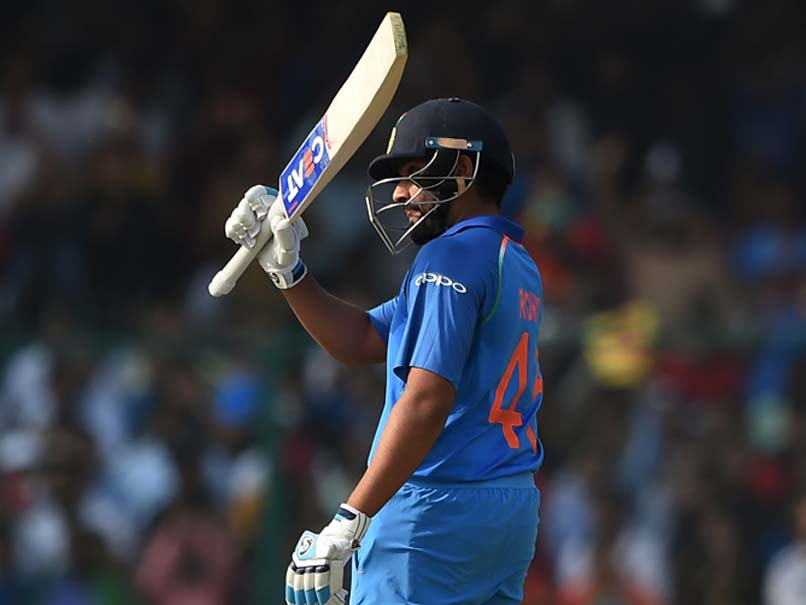 India on Wednesday ended their T20 International losing streak against New Zealand after registering a comfortable 53-run victory at the Feroz Shah Kotla in Delhi. India had posted 202/3 in their 20 overs while the Kiwis could only manage 149/8 in 20 overs. Pacer Ashish Nehra called time on his cricketing career after he played the last international match on his home ground. Nehra hogged the limelight throughout but the match was also witness to a few record-breaking innings by the Indians especially opener Rohit Sharma.

Sharma also scored first fifty against New Zealand and his 12th in T20Is.

India take on New Zealand in the second T20I of the three-match series on Saturday at the Saurashtra Cricket Association Stadium in Rajkot.

Comments
Topics mentioned in this article
India vs New Zealand Rohit Sharma Virat Kohli Ashish Nehra India Cricket Team Cricket
Get the latest updates on ICC T20 Worldcup 2022 and CWG 2022 check out the Schedule, Live Score and Medals Tally. Like us on Facebook or follow us on Twitter for more sports updates. You can also download the NDTV Cricket app for Android or iOS.