Ashish Nehra Nehra played his last international match on Wednesday and could not have asked for a better send-off as Team India ran out comfortable winners over New Zealand. 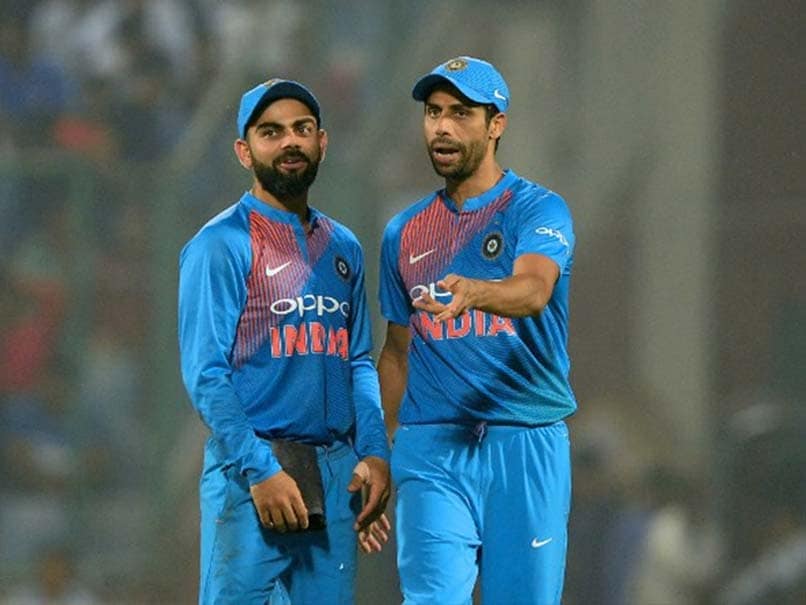 Virat Kohli was all praise for Ashish Nehra following the first T20I vs New Zealand.© AFP

Ashish Nehra was the toast of the day as India outclassed New Zealand by 53 runs in the first Twenty20 match of the series at Feroz Shah Kotla in Delhi. Nehra played his last international match on Wednesday and could not have asked for a better send-off as Team India ran out comfortable winners at his home ground. Fittingly, Delhi players Virat Kohli and Shikhar Dhawan carried Nehra on their shoulders after the win and took him for a victory lap around the ground. But before all that Nehra showed that after cricket, he may have an alternate career -- football.

In a video posted by BCCI, Nehra is seen showcasing some brilliant football skills that leave skipper Kohli and leg-spinner Yuzvendra Chahal completely stunned. Kohli, himself a big football buff, is seen sporting a big smile and applauding the left-arm pacer's skills with his feet.

How's that for footy skills from our very own Nehraji? What do you make of that @YUVSTRONG12 ;) #INDvNZ pic.twitter.com/YaTeJk5d0t

After the match, Kohli was all praise for Nehra said that he knows how hard the fast bowler has worked and he deserved this kind of farewell with the crowd cheering him.

"To have played 19 years is very hard for a fast bowler. I know how professional he's been and how hard he's worked. He deserved this kind of a farewell with the crowd cheering him. He can now spend time with his family, he's got a beautiful family. We'll stay in touch but we'll miss him and I wish him all the best," said the Indian captain.

In his 19-year career, Nehra's most iconic moment on the field for India came during the 2003 World Cup against England. The speedster claimed a magnificent 6/23 and helped India register a comprehensive win.

He was also a member of the victorious Indian team that won the 2011 World Cup.

Comments
Topics mentioned in this article
India Cricket Team New Zealand Cricket Team Ashish Nehra Virat Kohli Yuzvendra Chahal India vs New Zealand Cricket
Get the latest updates on ICC Women's Cricket World Cup 2022 and IPL 2022, check out the Schedule , Live Score and IPL Points Table. Like us on Facebook or follow us on Twitter for more sports updates. You can also download the NDTV Cricket app for Android or iOS.