India vs England: Hardik Pandya Grinds It Out During Training Session

India vs England: Team India all-rounder Hardik Pandya shared a picture on Instagram of him sweating it out during a training session. 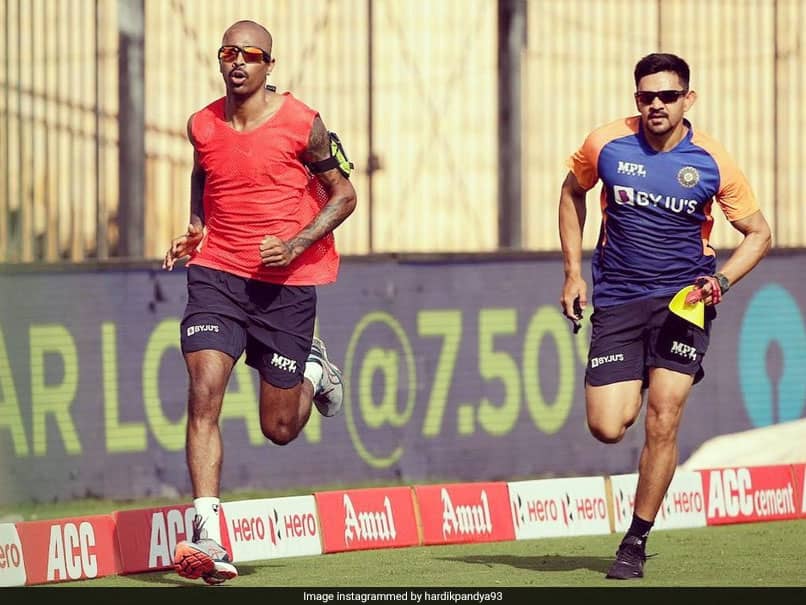 Hardik Pandya took to social media platform Instagram on Sunday, to share a pic from a training session. The Indian all-rounder can be seen running alongside Team India support staff member Soham Desai in the photo that he uploaded. "Grinding it out," read the caption on the Instagram post, further comprising of the picture. The 27-year-old is currently with the Indian team in Chennai. Hardik, though, was not selected in the playing XI by the hosts for the first Test against England, which is currently being played at the MA Chidambaram Stadium in Chennai.

The all-rounder, however, stands a chance of being selected in the 11 for the second Test, having been included in the 18-man Test squad for the first two Tests against England.

Hardik did not feature in the recently concluded four-match Test series in Australia, where the Indian team emerged victorious by a 2-1 margin. He was, however, a part of the limited-overs leg of the away tour.

The 27-year-old's last appearance in the longest format of the game was against England back in 2018, in a game held at Southampton. The all-rounder has recorded a total of 11 appearances in Test cricket so far.

The second Test of the four-match series against England will be held at the MA Chidambaram Stadium from February 13.

The final two games of the four-Test series will take place at the Motera Stadium, which is in Ahmedabad. It is the largest cricket stadium in the world.