IND vs ENG, 1st Test: Half The England Batsmen Can't Ever Play Spin Like Joe Root Does, Feels Ben Stokes

Ben Stokes praised Joe Root's ability to play spin bowling, saying on Saturday that half of England team's batsmen can't tackle the spinners like their captain does. 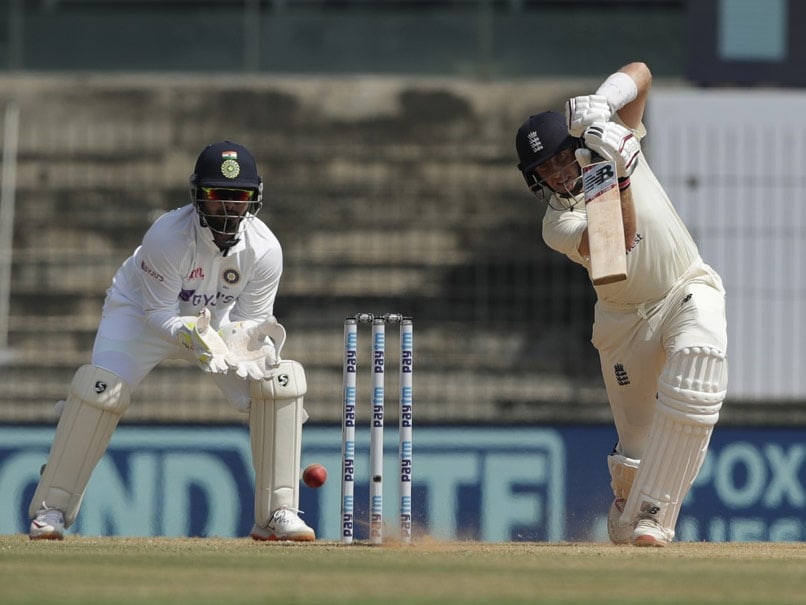 Joe Root scored 218 runs in the first innings of the Chennai Test.© BCCI

A great strokemaker himself, star all-rounder Ben Stokes is in awe of Joe Root's ability to play spin bowling, saying on Saturday that half of England team's batsmen can't tackle the tweakers like their captain does. Playing in his 100th Test, Root compiled his fifth double centuryon the second day of the opening Test against India in Chennai, reaching the milestone with a six off seasoned spinner Ravichandran Ashwin. Stokes, too, played his part in making a fine 82.

"Yeah, it makes us all feel, you know, pretty rubbish (laughs), the way he, how easy he makes batting look. And yeah, I was quite surprised he ran down the wicket and hit a six to bring up a double (century)," Stokes said during a virtual press conference.

"He is in phenomenal form and just makes things look very, very easy and the way that he plays spin, dominates spin and it's incredible to watch. I don't think half the England batsmen ever play spin in the way that he does.

"He's just got options, he has got an option for everything that's thrown at him and yeah, it is just a delight to watch him at the moment," Stokes added about his skipper who is enjoying an incredible run of form.

Thanks to Root's monumental 218 and Stokes' knock, England reached 555 for eight by stumps, and the all-rounder had no qualms in admitting that his team was in a very strong position.

"Yeah, it's nice coming back in with a (knock like that), with a bit time off and now spending some time out in the middle, but all in all I think we're in a very strong position as a team.

"Batting first and after putting ourselves in and being 500 or whatever we are (555/8), still with two wickets remaining (going into) day three is very strong position," Stokes said.

He said the England team was not at all thinking about declaration on Saturday evening.

"There were no thoughts whatsoever of a declaration tonight because I'll be stupid if we won the toss and bat first, you just get as many runs as you can out here in India.

"And if we can bat for another hour tomorrow, you know, we would be very happy with that," he added.

India and England are engaged in a four-match Test series, with both teams vying for a place in the World Test Championship (WTC) final.

Ben Stokes
Get the latest updates on IPL Auction 2023 and check out  IPL 2023 and Live Cricket Score. Like us on Facebook or follow us on Twitter for more sports updates. You can also download the NDTV Cricket app for Android or iOS.