India vs England: KL Rahul, after his indifferent form in the T20Is, has come back with a bang in the One-day Internationals and registered his fifth century in the format. 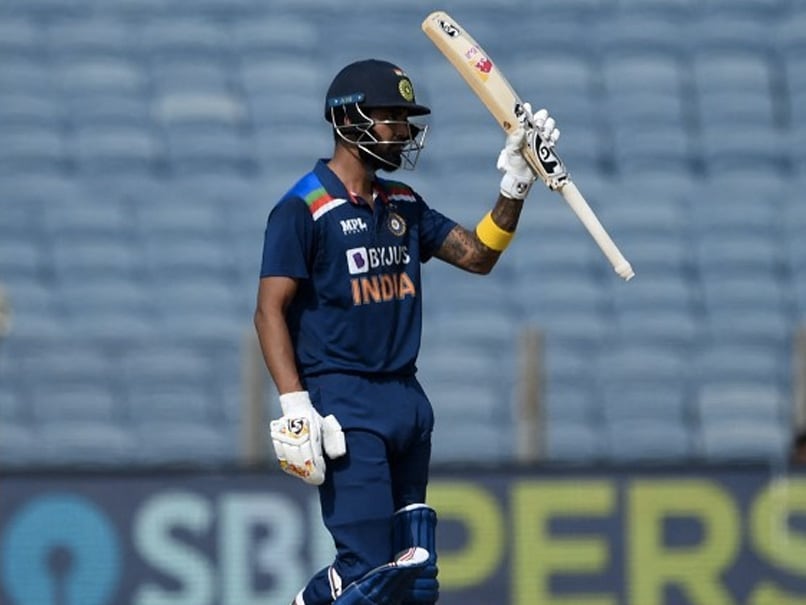 IND vs ENG: KL Rahul brought up his century off just 108 balls in the 2nd ODI vs England.© AFP

KL Rahul on Friday smashed his fifth One-day International (ODI) hundred in the second match of the three-match ODI series against England. KL Rahul, who had scored a brilliant fifty in the series opener, brought up his century off just 108 balls in the 44th over of the innings. In the absence of regular number four Shreyas Iyer, Rahul was promoted up in the batting order and he grabbed the opportunity with both hands, stitching a solid 121-run partnership with skipper Virat Kohli to bail the hosts out of trouble, who at one stage were struggling after losing both their opener for just 37 runs.

KL Rahul had a few poor outings in the T20I series and was even dropped from the final T20I but that didn't affect his 50-over form as he scored an unbeaten 62 off just 43 balls in the series opener on Tuesday.

Carrying on his form from last match, Rahul scored seven fours and two sixes during his 108-run knock that propelled India to a huge total.

Apart from Rahul, Kohli also scored a brisk 66 off 79 balls but the India skipper failed to convert it into a big score as he was dismissed by leg-spinner Adil Rashid. During this knock, Kohli brought up his 10,000 ODI runs batting at number three position.

After Kohli's departure, Rishabh Pant, who replaced the injured Shreyas Iyer in the playing XI, justified his selection with his trademark counter-attacking knock, blasting 77 off just 40 balls with the help of three fours and seven sixes.

Virat Kohli Maharashtra Cricket Association Stadium, Pune India vs England 2020-21 Cricket India vs England, 2nd ODI
Get the latest updates on Fifa Worldcup 2022 and check out  Fifa World Cup Schedule, Stats and Live Cricket Score. Like us on Facebook or follow us on Twitter for more sports updates. You can also download the NDTV Cricket app for Android or iOS.