India vs England, 1st Test: Cheteshwar Pujara Gets Out In "Unusual Dismissal" On Day 3. Watch

India vs England: Cheteshwar Pujara played a pull shot that rebounded off Ollie Pope at short-leg and resulted in an unusual dismissal for the Indian batsman on Day 3 of the opening Test. 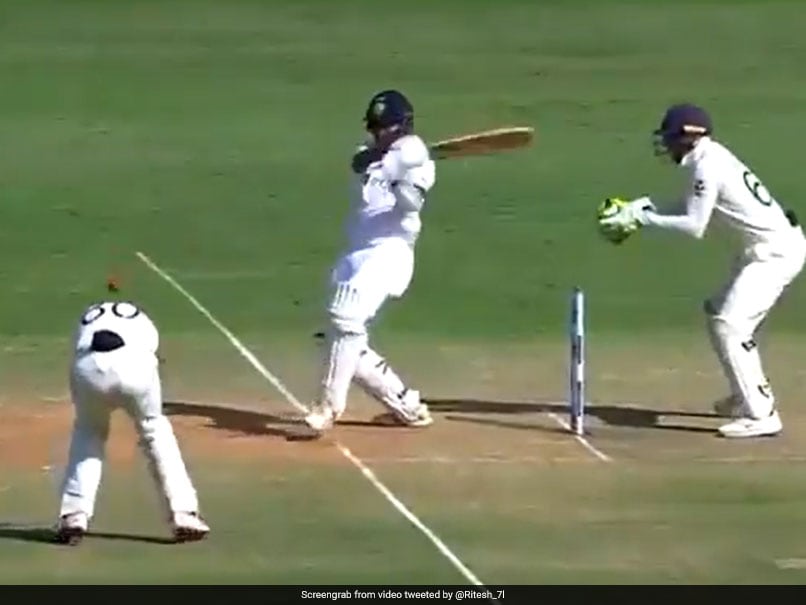 Cheteshwar Pujara lost his wicket in an unusual manner during Day 3 of the ongoing first Testbetween India and England on Sunday. In the 51st over, Pujara got a half-tracker from Dominic Bess and he rocked onto his backfoot and played a pull shot. However, unfortunately for the Indian batter, the ball ricocheted off Ollie Pope, stationed at short leg, and ballooned straight into the hands of Rory Burns as Pujara had to take the long walk back to the pavilion.

Pujara was very unlucky. He got out like this after playing so well.

The International Cricket Council (ICC) termed the mode of Pujara's dismissal as "unusual".

"Pujara falls! An unusual dismissal, Pujara's pull shot rebounding off the short leg fielder straight to Burns at short mid-wicket Astonished face India's No.3 walks back for 73," the tweet read.

On Day 3 of the first Test, India were tottering for 73 for four at one stage in reply to England's 578.

Pujara and Rishabh Pantstitched together a 119-run stand for the fifth wicket.

Pujara scored 73 runs while Pant also scored a half-century but eventually missed out on a hundred by just nine runs.

Bess removed both Pujara and Pant to dent India's recovery.

Earlier in the day, England added 23 runs to their overnight score of 555 for eight before being bowled out in their first innings.

Cheteshwar Pujara Dom Bess Rory Burns India vs England 2020-21 Cricket India vs England, 1st Test
Get the latest updates on IPL 2021, check out the IPL 2021 Schedule and Indian Premier League Live Score . Like us on Facebook or follow us on Twitter for more sports updates. You can also download the NDTV Cricket app for Android or iOS.