India vs England: Jofra Archer Ruled Out Of ODI Series vs India, To Miss Start Of IPL 2021

India vs England: England announced a 14-member ODI squad for the upcoming three-match series vs India, which will take place in Pune. Jofra Archer will miss the series and the start of IPL 2021, due to an elbow injury. 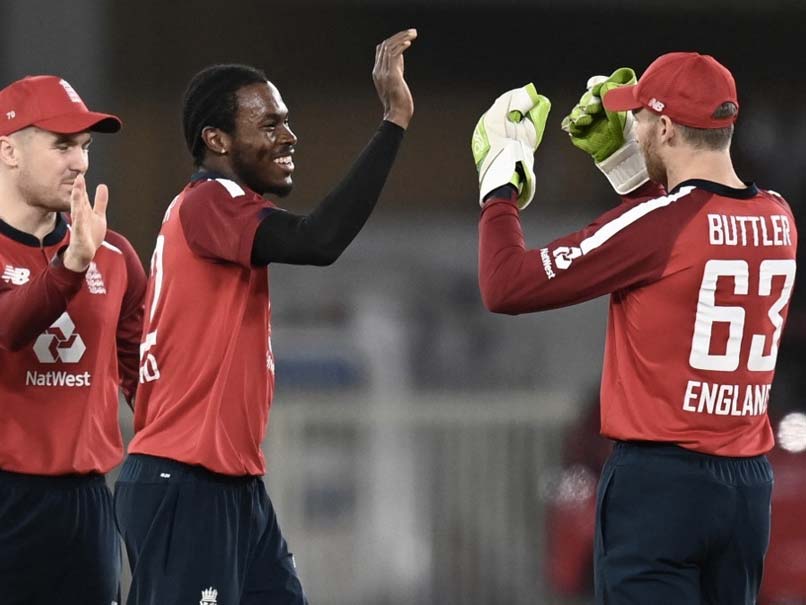 IND vs ENG: Jofra Archer will travel back to the United Kingdom and won't play in the ODI series.© AFP

England announced a 14-member squad for the upcoming three-match ODI series against India, starting on March 23. Star pacer Jofra Archer has been ruled out of the series due to a right elbow injury. The pacer will return to the United Kingdom for rehabilitation of his injury, which worsened during the T20I series. India won the T20I series, 3-2 in Ahmedabad. According to an ECB press release, the England medical team will "assess the player and, together with Jofra, develop a treatment plan and a return-to-play schedule in due course. As a consequence, Jofra will miss the start of this year's Indian Premier League."

Archer's absence from the start of this year's Indian Premier League (IPL) 2021 will be a huge loss for Rajasthan Royals (RR). The fast bowler is essential to the team's IPL 2021 ambitions.

Test captain Joe Root has also not been named in the squad, which will face India in the ODI series.

Also, three additional players will travel with the England team as covers. The players are Jake Ball, Chris Jordan and Dawid Malan.

Eoin Morgan will captain the team as usual, and will have the likes of Ben Stokes, Jason Roy and Adil Rashid to call upon. The series starts on March 23. The second and third ODI fixtures will take place on March 26 and March 28.

All three fixtures will take place at the MCA Stadium in Pune.

Ben Stokes India vs England 2020-21 India vs England, 1st ODI Cricket
Get the latest updates on Fifa Worldcup 2022 and check out  Fifa World Cup Schedule, Stats and Live Cricket Score. Like us on Facebook or follow us on Twitter for more sports updates. You can also download the NDTV Cricket app for Android or iOS.