IPL 2021: After England's defeat to India in the fifth T20I, Eoin Morgan revealed Jofra Archer's elbow injury has worsened and he could miss the Indian Premier League. 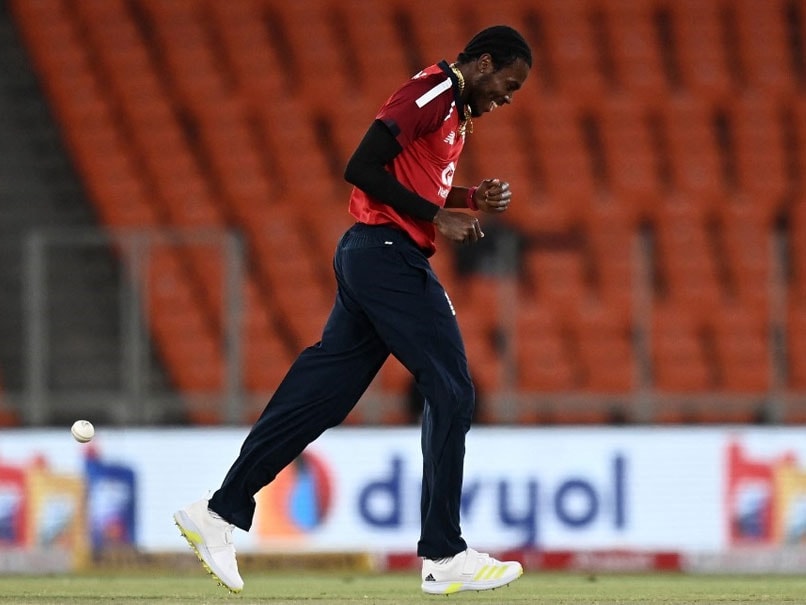 With Jofra Archer's elbow a point of debate in recent times, Indian Premier League (IPL) franchise Rajasthan Royals is waiting to hear from England and Wales Cricket Board (ECB) on whether the pacer will join the team post the India-England ODI series or his arrival into the camp will be a delayed one. Speaking to ANI, an RR official said that they are yet to hear on Archer's status and a call will be taken on the future plan of action after that. "We are waiting for official communication from ECB," the RR official said.

After the final T20I against India, England skipper Eoin Morgan had said, "We're not quite sure yet. We're going to wait until tonight and tomorrow to see how Jofra has pulled up. He's clearly had a progressive injury that has become worse and does need attention, so it'll be over to our medical team to make a decision and hopefully the decision that Jofra comes to will be the best for us in the long term."

"I think it's rare when a bowler isn't managing pain - what they do is a tough job and if you ask any of them, are they ever pain-free, it's a pretty rare instance if they say yes. Most of our bowlers are normally carrying niggles but certainly Jofra's situation has definitely got worse, so it does need attention," he had added.

In the fifth T20I, India secured a 36-run win against England and with this, the hosts clinched the five-match series by 3-2.

Skipper Virat Kohli and boys displayed a clinical performance in the series decider and England had no answers to what was thrown at them by the hosts.

Jofra Archer India vs England 2020-21 IPL 2021 India vs England, 5th T20I Cricket
Get the latest updates on IPL Auction 2023 and check out  IPL 2023 and Live Cricket Score. Like us on Facebook or follow us on Twitter for more sports updates. You can also download the NDTV Cricket app for Android or iOS.