Virender Sehwag extended his wishes to the Indian cricket team for scripting fine victories over England in a funny and unique style through 'Viru Gyaan'. 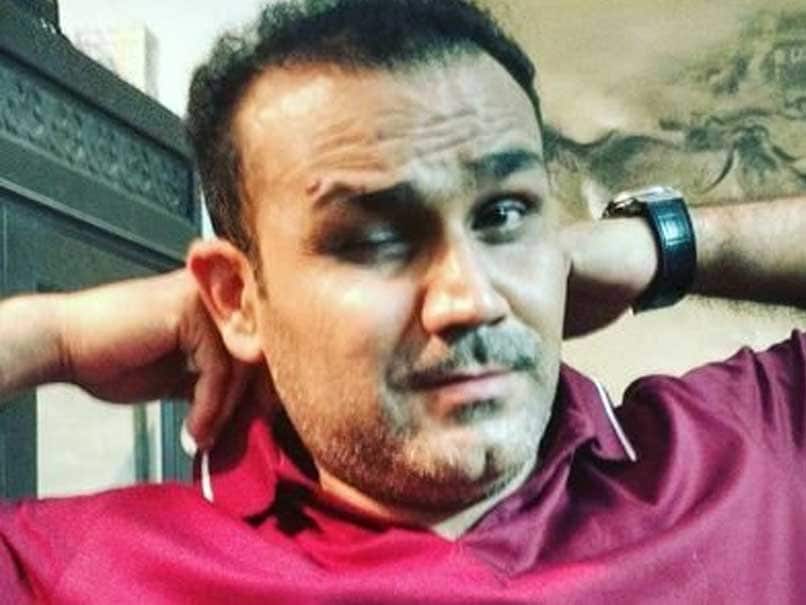 Former Indian batting superstar Virender Sehwag, who has become quite the hit on Twitter, thanks to his funny point of view on most things, took to the platform again on Friday to extend his wishes to the Indian cricket team for scripting fine victories over England in all the three formats of the game. He posted a funny video, where he was seen in a dual role - one of a 'TV expert' and the other a desiand yet trendy 'Jaat' boy. With the video, he wrote, "The what, how and why behind every point - All the Gyaan, All the Svag #Virugyaan #svag #crickettadka # T20 # Virusvag."

The 'expert' Viru was seen giving his 'gyaan' on the reasons of India being ahead of England in Tests, One-day International and Twenty20 International matches. On the other side, the 'Desi Viru' was giving the funny reasons contradicting the 'expert' Viru's viewpoints.

Both the 'Sehwags' credited the Indian cricket team for a sensational show and praised the players for performing up to the mark to send England back without winning a series.

The former Indian batsman was one of the liveliest characters on the pitch. He revolutionised the role of the opener in Test cricket and attracted more crowds to the game.

Sehwag was also the only Indian batsman to score a Test triple-century before Karun Nair joined him in the elite list during the just-concluded Test series with England. Sehwag went past the 300-run mark on two occasions.

Having retired from all forms of cricket in 2015, Sehwag is active as a TV commentator, as well as playing his second innings on Twitter.

Comments
Topics mentioned in this article
India Cricket Team Virender Sehwag Virat Kohli Cricket India vs England 2016-17
Get the latest updates on IPL Auction 2023 and check out  IPL 2023 and Live Cricket Score. Like us on Facebook or follow us on Twitter for more sports updates. You can also download the NDTV Cricket app for Android or iOS.