Ashish Nehra, who played a pivotal role in India's victory against England in Twenty20 series, has impressed his teammates and coaches with his work ethics and skills. 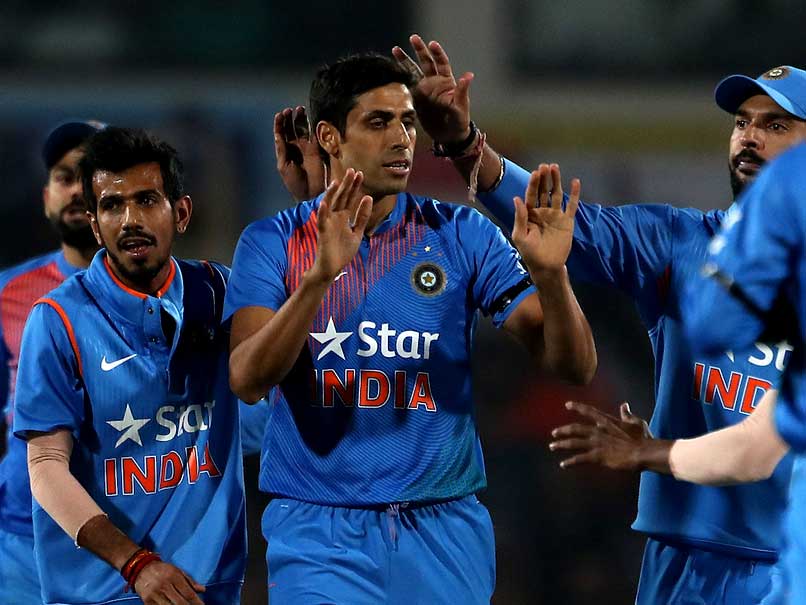 Ashish Nehra has been a revelation in the Indian cricket team and his work ethics and skills have not only impressed the current crop of players but also his former teammates and coaches. Nehra, who will turn 38 in April, made his comeback against England in T20 series after the knee surgery. His 3/28 in a close victory was a reassurance that he has not lost anything and is the mentor that the likes of Jasprit Bumrah or Bhuvneshwar Kumar need. At this age, Nehra is one of the two active Indian cricketers (the other being Harbhajan Singh), who had made their India debuts way back in 1999 under Mohammed Azharuddin.

So what makes Ashish Nehra tick? From close buddy Harbhajan Singh to former India bowling coach Bharath Arun, Madan Lal and Vijay Dahiya, one thing was common in what everyone had to say about the left arm medium pacer.

"High skill level, analytical mind and thorough knowledge about his own body that has helped him sustain for so long."

Harbhajan knows Nehra for close to 20 years now and no wonder can shed a bit of light on his longevity.

"His skill level is in a different league. Like Virat Kohli can gauge what a bowler will bowl and exactly what shot he will hit, Ashish exactly knows what a batsman can hit if he bowls a particular delivery and sets the field accordingly. I know the amount of pain he has gone through but what helped him is knowing his body," Harbhajan said.

Harbhajan explains: "That's because of his bone structure. He looks lean but has a high bone density. If he sits on you, you would suddenly feel, 'Gosh this guy is heavy'. But he doesn't look like a big bodied beefed up guy.

"Also he runs a lot. He is still one of the best runners in this Indian team. After so many injuries, he has worked a lot on his lower body. He bowls fast because of a good lower body and synchronisation in his run-up," explains the senior off-spinner, who himself has 400 plus Test wickets.

But even Zaheer Khan had a lot of skill but had to curtail his pace, Harbhajan termed it as requirement of a certain endurance level for five-day games.

"Zak also had a lot of variation but since he was playing Test cricket, the endurance level required him to assess his body differently. When I think about Ashu, I feel what a great Test bowler he could have been had his body permitted," Harbhajan stated.

"He can bowl two bouncers which are completely different from each other. He bowls a steady yorker and a fantastic good length delivery which rears up. The T20 format suits him perfectly as he can bowl flat out. The best part is that he was never a 125 kmph bowler.

"He is always a 135 kmph bowler. That's because in T20, you need to bowl 24 deliveries and that gives him license to go flat out," Arun assessed.

Even Dahiya, his one-time teammate and his coach in Delhi state side agreed that Nehra has enjoyed the positive side of the injuries that he has had.

"Ashish has had his share of injuries and that I believe has been a key to fast bowling. Unlike other bowlers, he has been forced to play less cricket and that has kept him fresh. Also he is a practical man.

"He knew that he will not play Test matches due to his body, so he did not play Ranji Trophy and concentrated on limited overs matches and got the best out of him," Dahiya observed.

Himself a former World Cup winner, Madan Lal has seen Nehra closely as a national selector as well as Delhi coach and feels that people never understood the difference between fitness issues and injury.

"Let me tell you, Ashish has never been dropped because of poor form or fitness issues. He always got injured, an unavoidable part of sport. As Delhi coach or even as national selector, we never ever discussed or debated his qualities as everyone knew what he is capable of.

"His skills and his ability to guide youngsters like Jasprit Bumrah makes him an asset even now," said one of India's 1983 World Cup heroes.

So can he be a part of India's scheme of things in the Champions Trophy, which is a 50-over event, everyone was cautious.

For Harbhajan and Madan Lal, it will all depend on how well the workload is managed by the support staff.

"For a 50-over match, you need to work even harder on your fitness as he has to match the levels of 25 year olds. Only Ashish knows if he can do it or not," the 'Turbanator' said.

Dahiya and Arun feel that an indicator will be whether Nehra plays the Vijay Hazare Trophy.

"If Ashish has Champions Trophy in mind, then he will certainly play Vijay Hazare Trophy. How do you use him if his body permits? A spell of 6 overs at the beginning and 4 overs in the final 10 where he is still the best Indian bowler around. Now if his body responds, he will certainly be handy in English conditions," Dahiya said.

Harbhajan summed it up nicely.

"Your age is exactly what you feel. Ashish never abused his body, checked his diet, did hard yards with conviction and has got the results," he concluded.

Comments
Topics mentioned in this article
India Cricket Team England Cricket Team Ashish Nehra Virat Kohli Jasprit Bumrah Bhuvneshwar Kumar India vs England 2016-17 Cricket
Get the latest updates on IPL Auction 2023 and check out  IPL 2023 and Live Cricket Score. Like us on Facebook or follow us on Twitter for more sports updates. You can also download the NDTV Cricket app for Android or iOS.