Virat Kohli was given this honour following his outstanding performance in 2016 in which he scored 2595 runs across all formats in international cricket. 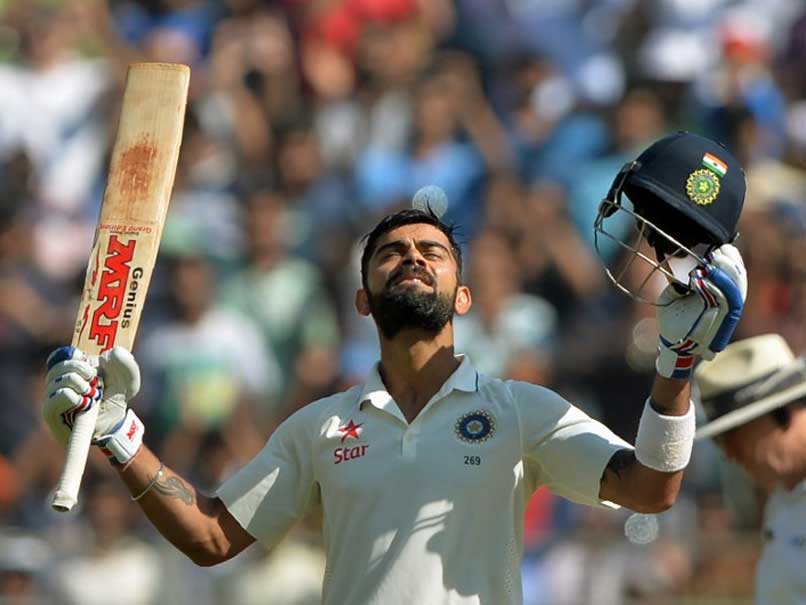 India captain and superstar Virat Kohliwas on Friday unveiled as the latest cover star of the bible of cricket- Wisden Cricketers' Almanack. Kohli had a sensational 2016, scoring 2595 runs across all formats and leading India to a Tour sweep - Tests, ODIs and T20Is -- against England recently. Kohli became the second Indian cricketer after Sachin Tendulkarin 2014 to shine on the front cover of the cricket reference book. The 2017 edition of Wisden will be published on April 6, which will coincide with the start of the English season.

The cover image shows Kohli playing a reverse-sweep, a shot which he rarely plays in Test or limited-overs cricket.

Wisden's editor, Lawrence Booth praised Kohli for his on-field achievements and said that Kohli was the perfect modern-day cricketer.

"Kohli will be fresh in the mind of all cricket fans after his performances against England," Booth said adding,"He has pulled clear of the likes of Steve Smith, Joe Root, Kane Williamson and AB de Villiers, and is clearly the most exciting all-format batsman in world cricket."

Kohli becomes only the third Asian origin player after Tendulkar and England all-rounder Moeen Ali (2015) to be featured on the cover of the magazine.

The Indian skipper is also the stand-out contender to be named as Wisden's Leading Player of the Year, an accolade that dates back to 2004, when Ricky Ponting was the original recipient.

Wisden is a cricket reference book published annually in the United Kingdom. It is considered the world's most famous sports reference book.

Comments
Topics mentioned in this article
India Cricket Team Virat Kohli Moeen Munir Ali Sachin Tendulkar India vs England 2016-17 Cricket
Get the latest updates on IPL Auction 2023 and check out  IPL 2023 and Live Cricket Score. Like us on Facebook or follow us on Twitter for more sports updates. You can also download the NDTV Cricket app for Android or iOS.