KL Rahul also highlighted the intensity with which Virat Kohli plays his cricket. Rahul also added that Kohli wants to take everyone along and offers valuable feedback to his teammates. 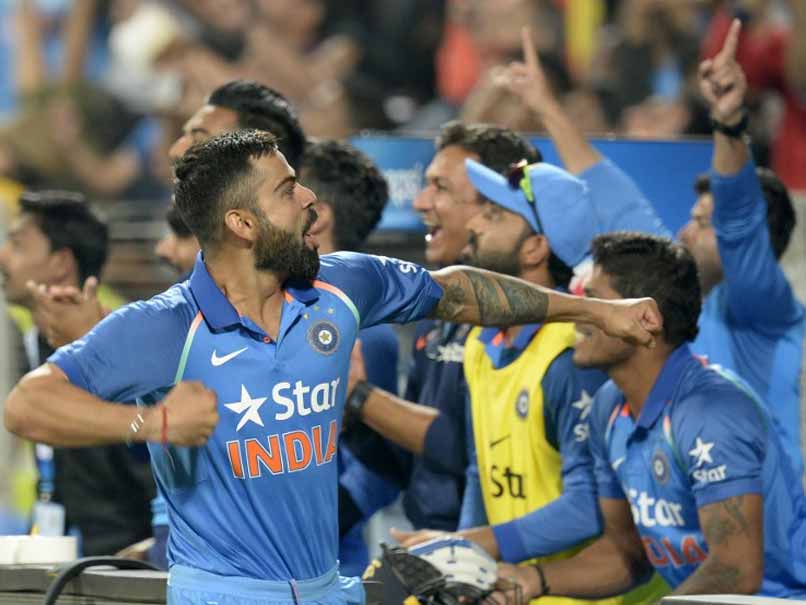 KL Rahul described Virat Kohli as someone who leads by example.© BCCI

Indian cricketer KL Rahul on Wednesday endorsed the leadership style of Virat Kohli, stating that the team enjoyed playing under him. The Karnataka cricketer described Kohli as someone who leads by example and wants all the members of the team to excel. Rahul opened with Shikhar Dhawan in the 1st ODI against England at Pune, but failed to fire. The right-hander was cleaned up by David Willey for just 8 runs. The 24-year-old will be looking to make amends in the 2nd ODI on Thursday at Cuttack.

"He (Virat Kohli) has led by example and he has always gone out and got the job done. We look up to Virat and enjoy playing under him," said Rahul.

The opener also highlighted the intensity with which the Delhi cricketer plays his cricket. Rahul also added that Kohli wants to take everyone along and offers valuable feedback to his teammates.

"We see how Virat builds his innings and his energy and enthusiasm for the game. He gives us feedback and tells us what we can in order to get better," Rahul told reporters.

Rahul also stated that there was plenty of competition for spots in the Indian cricket team.

"There are other guys capable enough to take my place in the side. That is what keeps me motivated at all times. We love the competition and never complain about the pressure," Rahul further added.

India beat England by three wickets in the 1st ODI at Pune. A win on Thursday will enable Kohli to capture his first ODI series win as full-time captain.

Comments
Topics mentioned in this article
Lokesh Rahul Virat Kohli India vs England 2016-17 India Cricket Team Cricket
Get the latest updates on ICC T20 Worldcup 2022, check out the Schedule and Live Score. Like us on Facebook or follow us on Twitter for more sports updates. You can also download the NDTV Cricket app for Android or iOS.