Mahendra Singh Dhoni's giving up of the Indian One-day International and T20 International sides has not diminished his importance or impact on the sides. 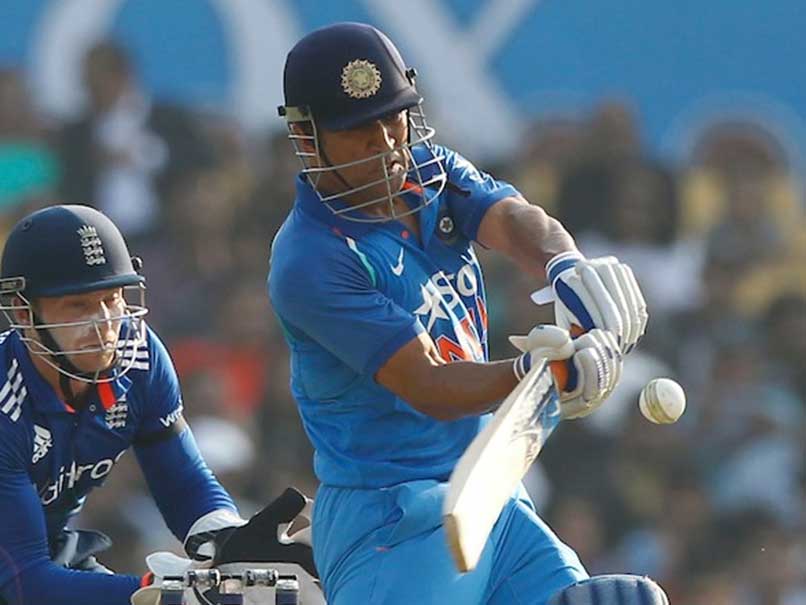 Mahendra Singh Dhoni hammered his 10th One-day International century as he, along with Yuvraj Singh, rescued India from a precarious position.

Mahendra Singh Dhoni's giving up of the limited-overs cricket team captaincy has not diminished his importance or impact on the sides. He was at the helm of things along with a rejuvenated Yuvraj Singh as the two rescued the hosts from a rather precarious 25 for three in the 2nd One-day International against England at the Barabati Stadium in Cuttack on Thursday, to guide them to a situation where they can be expected to win the series.

Dhoni had, before the series, said that he would keep contributing to the team's cause to the best of his ability, and that was in evidence in no uncertain terms at the Barabati Stadium as he carved out his 10th ODI century.

He also crossed 4000 ODI runs in India during this innings as he and Yuvraj Singh were involved in a potentially match-winning partnership. Dhoni was eventually dismissed for 134, while Yuvraj fell for 150.

The duo's former teammate Sachin Tendulkar seemed impressed with the way they went about their innings on Thursday.

Dhoni had a fairly modest 2016 with the bat, going without a triple-figure score. He has however made amends right at the beginning of this year in his new role as senior statesman of the team.

Dhoni had said before the series that he would like to bat at No. 4 but had added that being confident of his abilities to accelerate as needed, he had often allowed other batsmen to utilize the fourth slot.

That came good on Wednesday as both Yuvraj at 4 and Dhoni at 5 scored fine hundreds.

Comments
Topics mentioned in this article
India Cricket Team MS Dhoni Cricket India vs England 2016-17
Get the latest updates on IPL Auction 2023 and check out  IPL 2023 and Live Cricket Score. Like us on Facebook or follow us on Twitter for more sports updates. You can also download the NDTV Cricket app for Android or iOS.