Liam Dawson and Adil Rashid frustrated the Indian bowlers as they put on 108 runs for the 8th wicket for England. However, the hosts started off confidently to end Day 2 at 60/0. Virat Kohli's men still trail the visitors by 477 runs. 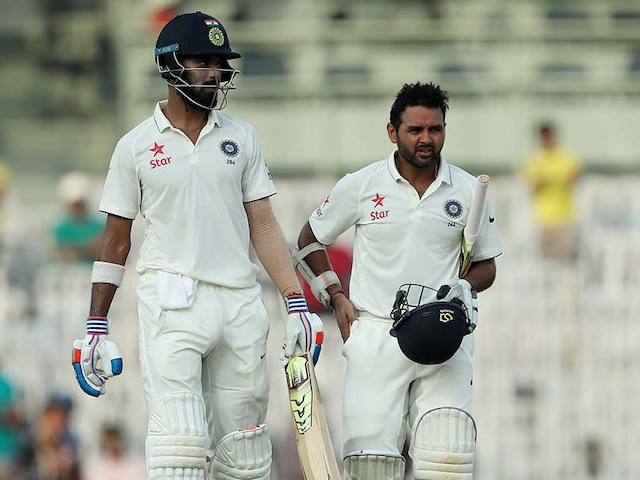 Parthiv Patel and KL Rahul gave India a solid start on Day 2 of the Chennai Test after the hosts bowled out England for 477 runs in their first innings.

Patel was promoted up the order after Murali Vijay bruised his shoulder while fielding. The wicketkeeper-batsman did not disappoint, as he remained unbeaten on 28 at the close of play on Saturday.

Rahul, who has struggled since his return, also looked positive and ended the day undefeated on 30.

After stupendous knocks from Moeen Ali and Joe Root on Day 1, Liam Dawson and Adil Rashid were stars of the show for England with the bat on the second day of the fifth Test.

Debutant Dawson remained unbeaten on 66 as Alastair Cook's side was bowled out in the evening session. Dawson's knock included 5 fours and a six.

Having started the day on 284-4, England slipped to 321-7 in the morning session before Dawson and Adil Rashid (60) defied the Indian bowling attack with a 108-run stand eighth wicket.

The two got together after Moeen Ali returned to the pavilion having score 146 runs.

Ravindra Jadeja was India's best bowler with figures of 3/106, while Ishant Sharma and Umesh Yadav took two each.

Yadav dismissed Rashid before tea, getting him caught behind for 60.

England's centurion Moeen Ali added just 26 runs to his overnight score before getting out to Yadav's short ball.

Ali, who had recorded his fourth Test ton on day one, smashed 13 fours and a six in an otherwise controlled knock.

England, who have already lost the series 3-0, are searching for a consolation win before they head home for their Christmas break.

Comments
Topics mentioned in this article
India Cricket Team England Cricket Team Ravichandran Ashwin Virat Kohli Cricket India vs England 2016
Get the latest updates on IPL 2020, check out the IPL Schedule for 2020 and Indian Premier League (IPL) Cricket live score . Like us on Facebook or follow us on Twitter for more sports updates. You can also download the NDTV Cricket app for Android or iOS.