Cheteshwar Pujara scored the third double century of his career and second against Australia on Sunday. 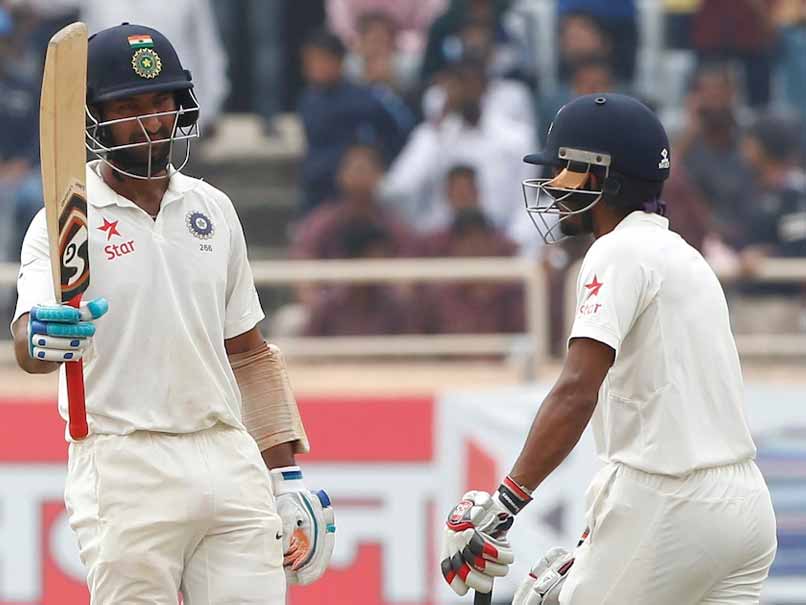 However, this double century came at a crucial time given the circumstances of the match and the series. A loss in Ranchi would mean that India would not be able to win back the prestigious Border-Gavaskar Trophy.

Also, Pujara played the anchor's knock as he kept losing partners at regular intervals until wicketkeeper-batsman Wriddhiman Saha came to the crease, who also ended up scoring his third Test century and helped India take the lead in the match. Saha's knock of 117 was also his highest score in Test cricket.

Interestingly, Pujara's knock was the longest innings, in terms of balls faced, by an Indian batsman, going past Rahul Dravid's record of playing 495 balls while scoring a magnificent 270 against Pakistan in Rawalpindi in 2004.

Pujara earlier also went past VVS Laxman's epic knock of 281 for which the wristy batsman faced 452 deliveries against Australia at the Eden Gardens in Kolkata in 2001. That was previously the longest knock by an Indian batsman on home soil.

A 3rd Double Hundred for
Cheteshwar Pujara! It's his 2nd against Australia. He's closing in on his best score of 206 not out! #IndvsAus pic.twitter.com/SA6EMtxARu

The Saurashtra batsman, who had reached his 11th Test hundred on Saturday, also joined an elite league by scoring his 202. He is now one of three Indian batsmen, along with legends Sachin Tendulkar and Laxman, to have two double centuries against Australia.

Pujara eventually got out while trying to accelerate off spinner Nathan Lyon to become the first Indian wicket to fall on Day 4 of the third Test. Looking to punch a short ball away, he chipped the ball to Glenn Maxwell at short midwicket.

Comments
Topics mentioned in this article
India vs Australia 2017 Cheteshwar Pujara Cricket India Cricket Team Australia Cricket Team JSCA International Stadium Complex, Ranchi
Get the latest updates on T20 World Cup, check out the T20 World Cup Schedule and Live Score . Like us on Facebook or follow us on Twitter for more sports updates. You can also download the NDTV Cricket app for Android or iOS.