From this year onwards, March 30 will be remembered as 'World Apology Day,' R Ashwin tweeted. 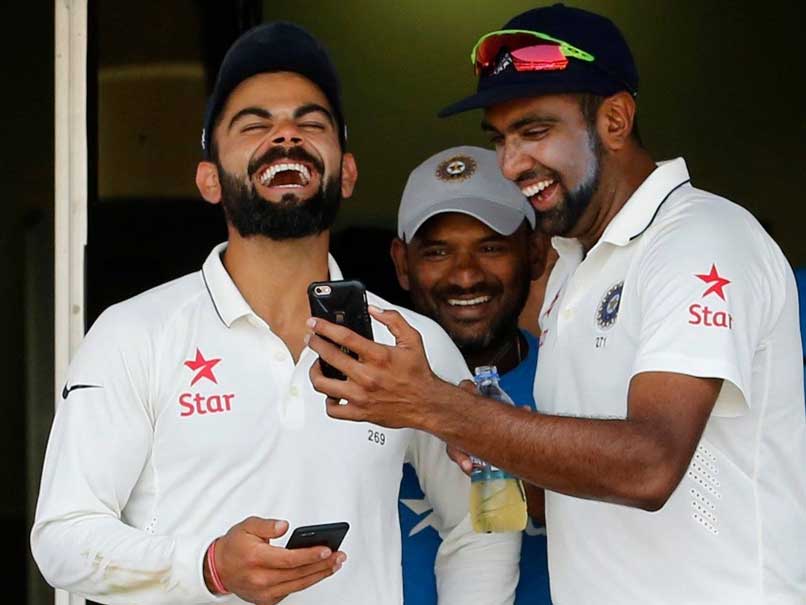 India off-spinner Ravichandran Ashwin took a derisive dig at former Australian batsman Brad Hodge's apology to Virat Kohli after his comments regarding the Indian captain's decision to pull out of the Dharamsala Test due to a shoulder injury. Reacting to Hodge's 'sorry' Ashwin tweeted, "March 30 will be remembered as 'World Apology Day'." Hodge came under fire in the sub-continent for his suggestions that Kohli had not played the Dharamsala Test in order to save himself for the Indian Premier League (IPL).The Australian, coach of the Gujarat Lions team in the IPL, issued a long apology on Thursday morning to the Indian captain and passionate Indian cricket fans.

"I take this opportunity to apologise to the people of India, cricket fans, the Indian national cricket team and particularly Virat Kohli for my previous comments," Hodge posted on Twitter.

Ashwin reaction on Twitter was priceless. "On a lighter note, from this year onwards, 30th March will be remembered as World Apology Day."

On a lighter note, from this year onwards 30th march will be remembered as world apology day.

Kohli pulled out of the Dharamsala Test after suffering a shoulder injury on the opening day of the Ranchi Test. He failed to recover in time from his injury and sat out the decisive Test that India went on to win. The Indian skipper had made it clear on the day before the Test that he would play only if 100 per cent fit.

Comments
Topics mentioned in this article
India Cricket Team Australia Cricket Team Brad Hodge Virat Kohli Ravichandran Ashwin India vs Australia 2017 Cricket
Get the latest updates on IPL Auction 2023 and check out  IPL 2023 and Live Cricket Score. Like us on Facebook or follow us on Twitter for more sports updates. You can also download the NDTV Cricket app for Android or iOS.