Brad Hodge, coach of the Gujarat Lions team in the Indian Premier League, has been rattled by the backlash and issued a long apology after suggesting that Virat Kohli missed the fourth test in Dharamsala to rest his injured shoulder ahead of the IPL 2017. 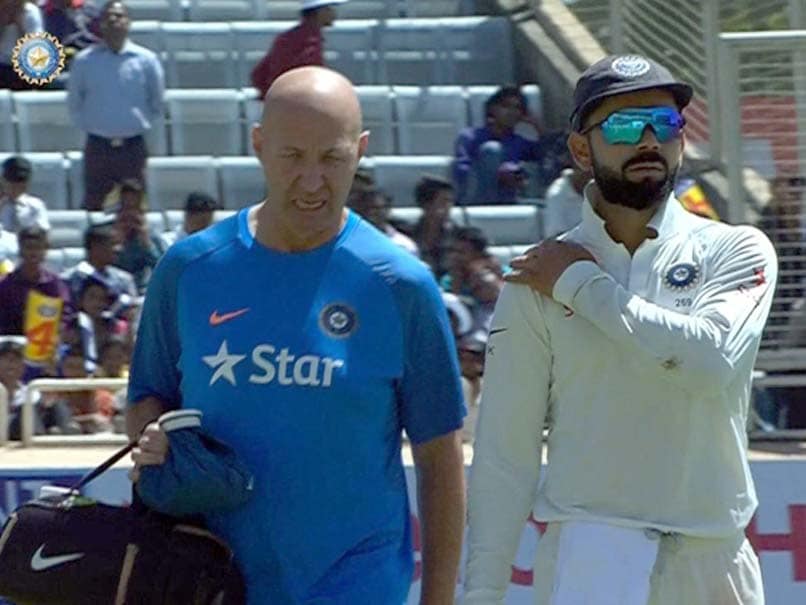 Virat Kohli injured his right shoulder while fielding in the third Test in Ranchi against Australia.© BCCI

Former Australian batsman Brad Hodge has apologised to Virat Kohli for his comments after the Indian captain pulled out of the Dharamsala Test due to a shoulder injury. Hodge came under fire in the subcontinent for his suggestions that Kohli had not played the Test in order to save himself for the Indian Premier League (IPL). "You'd hope as a sportsman that he's seriously injured. Because if you miss one game of Test match cricket and you're fronting up the next week for RCB (Royal Challengers Bangalore) versus whoever... you'd be pretty dirty if he didn't front up to a Test match and try and win a valuable series against Australia," Hodge had said on Sunday.

The Australian, coach of the Gujarat Lions team in the IPL, has been rattled by the backlash and issued a long apology.

"I take this opportunity to apologise to the people of India, cricket fans, the Indian national cricket team and particularly Virat Kohli for my previous comments," he posted to Twitter.

"My intention was never to harm, criticise or be derogatory toward anyone. They were intended to be light-hearted comments with the utmost respect to the Indian Premier League which I have thoroughly enjoyed through the years.

"The public and fans have every right to be upset, and the backlash I have received has certainly driven this home."

He said that he respected Kohli and meant no "ill intention".

Kohli pulled out of the Dharamsala Test after suffering a shoulder injury on the opening day of the Ranchi Test. Kohli failed to recover in time from his injury and sat out the decisive Test that India went on to win. The Indian skipper had made it clear on the day before the Test that he would play only if 100 per cent fit.

Comments
Topics mentioned in this article
India Cricket Team Australia Cricket Team Virat Kohli Brad Hodge IPL 2017 Gujarat Lions Royal Challengers Bangalore Cricket
Get the latest updates on ICC T20 Worldcup 2022, check out the Schedule and Live Score. Like us on Facebook or follow us on Twitter for more sports updates. You can also download the NDTV Cricket app for Android or iOS.