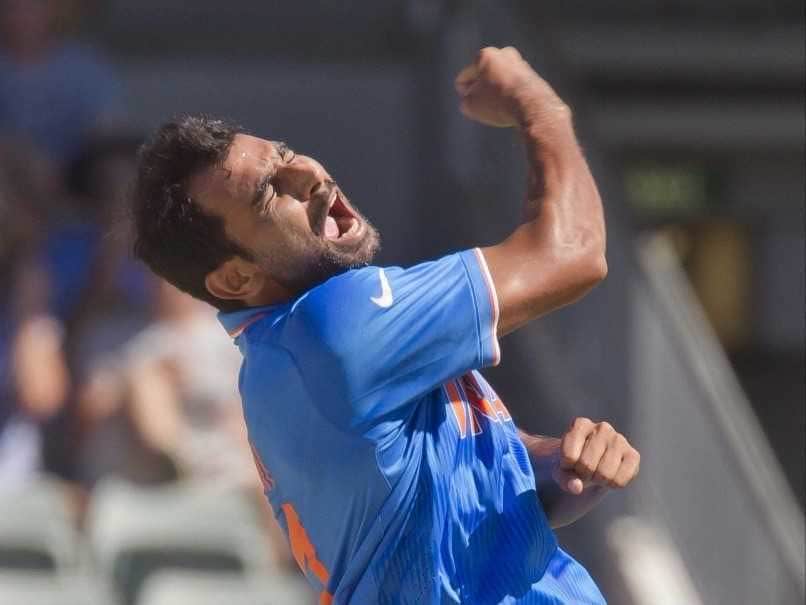 Virat Kohli will lead India in the first three ODI's against Australia, the BCCI selection committee announced on Sunday, September 10. "The All-India Senior Selection Committee has picked the India Cricket Team for the first three ODIs of the upcoming five-match ODI series against Australia. The Committee also named the India 'A' squad for the two four-day games against New Zealand 'A'," a BCCI press release said. The Australian players, including captain Steve Smith, arrived on Saturday for the five-match ODI series beginning on September 17. Smith, vice-captain David Warner and five other players of the squad, reached from Dhaka via Mumbai at around 8 pm on September 9.

"The team for the three ODIs against Australia has been selected in line with the rotation policy of the Board and accordingly R Ashwin and Ravindra Jadeja have been rested. The team's performance during the Sri Lanka tour was outstanding and players like Axar Patel and Yuzvendra Chahal, who performed very well are being given an extended run and this will in turn supplement our approach, to build a strong reserve strength, as we prepare for forthcoming tours," said MSK Prasad, Chairman of the selection committee, as per the press release.

The national selection committee had to take a call on whether to summon Ravichandran Ashwin midway through his county stint when they pick the squad for the first three ODIs against Australia on Sunday. Ashwin is currently playing for Worcestershire in the Division two of the English county and he has a four-match contract, of which only two matches are over so far. Ashwin's next assignment is a home game against Leicestershire from September 12-15 followed by his last game against Durham from September 25-28. It was already known that if Ashwin is allowed to play these two games, he won't be available for the ODI games against Australia.

Mohammed Shami and Umesh Yadav made their way back to the national side with Shardul Thakur missing out on a spot for the limited-overs format against Australia for the first three games. Ravindra Jadeja, who was rested for the ODI series against Sri Lanka has been given an extended break with India set to play a series of one-day matches in the next couple of months.

The first three ODIs will be played in Chennai, Kolkata and Indore. The teams then travel to Bangalore and Nagpur for the final two games, before they take part in a three-match T20I series.

Sponsored by Vuukle
Comments
Topics mentioned in this article
India Cricket Team Australia Cricket Team Virat Kohli MS Dhoni Mohammed Shami Umesh Yadav India vs Australia 2017 Cricket
Get the latest updates on Fifa Worldcup 2022 and check out  Fifa World Cup Schedule, Stats and Live Cricket Score. Like us on Facebook or follow us on Twitter for more sports updates. You can also download the NDTV Cricket app for Android or iOS.