India vs Australia: Steve Smith And Rest Of Team Arrive For Limited-Overs Series 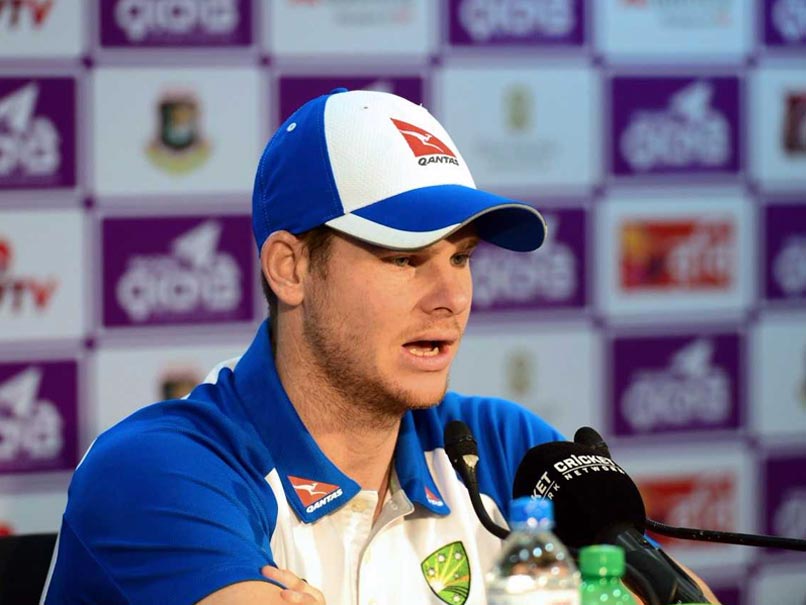 The second batch of Australian players, including captain Steve Smith, arrived here tonight (Saturday) for the five-match ODI series against India beginning on September 17. Smith, vice-captain David Warner and five other players of the squad, reached here from Dhaka via Mumbai at around 8 pm. They straightaway headed to the team hotel after their arrival. Head coach Darren Lehmann has flown back to Australia after the Bangladesh series and his assistant David Saker would take charge of the team for the ODIs and T20s against the Indians.

The visiting Australian team had drawn a two-Test series against Bangladesh, winning the second after being stunned in the first game at Mirpur. They would play five ODIs and three T20 internationals in India.

Glenn Maxwell, Matthew Wade, Patrick Cummins, Ashton Agar and Hilton Cartwright, who were part of the Test team, were the other players who arrived along with Smith and Warner.

Paceman Richardson was not in the squad picked initially, but came in as a replacement for Josh Hazlewood, who sustained an injury during the first Test against Bangladesh.

The 14-man team will be involved in an ODI series, the first of which will be played at the M A Chidambaram Stadium here on September 17.

The other ODIs will be played in Kolkata (September 21), Indore (September 24), Bengaluru (September 28) and Nagpur (October 1). The ODI series will be followed by three T20 internationals matches.

The visiting Australians will play a warm-up match on September 12 against a Board President's XI to be led by Gurkeerat Mann.

(This story has not been edited by NDTV staff and is auto-generated from a syndicated feed.)
Comments
Topics mentioned in this article
India Cricket Team Australia Cricket Team Steven Smith David Warner Cricket
Get the latest updates on India vs Australia Series, check out the India vs Australia Schedule for 2020-21 and Ind vs Aus live score . Like us on Facebook or follow us on Twitter for more sports updates. You can also download the NDTV Cricket app for Android or iOS.