India vs Australia: Steve Smith Bats For Peace Ahead Of ODIs

Australia, coming out of a tough two-Test series in Bangladesh that ended 1-1, are confident of doing well against an in-form India. 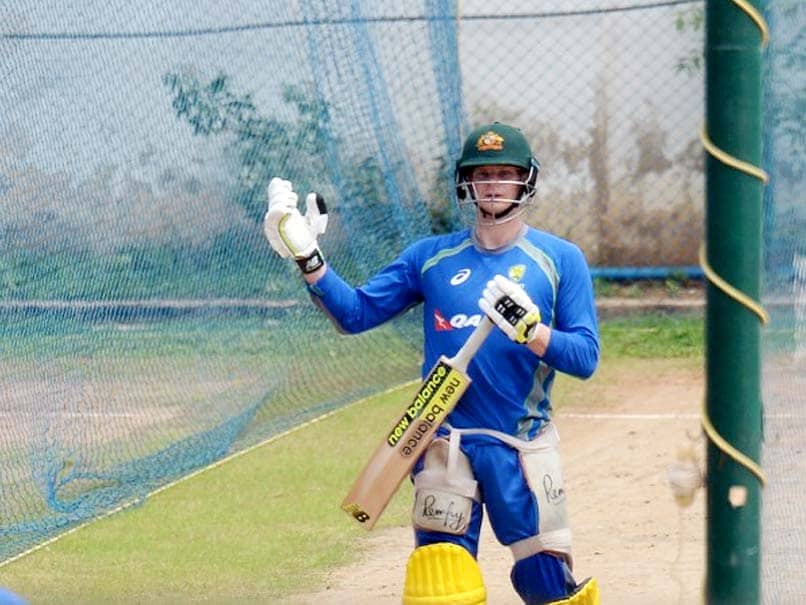 Steve Smith had a much-publicised war of words with Virat Kohli in the Test series in March.© AFP

Australia skipper Steve Smith is anxious to halt the acrimony that marked Test matches against India this year when the two powerhouses start a one-day international series on Sunday. Smith had a much-publicised war of words with India counterpart Virat Kohli when Australia lost the Test series 1-2 in March. The combative Australian skipper said ahead of the first one-day clash in Chennai that he hoped the five-match series would be played in "good spirit". During a Test in Bangalore this year, Kohli expressed displeasure after Smith looked up to his own dressing room -- where replays could be seen by teammates -- while deciding whether to challenge an lbw dismissal.

Players are not allowed to have outside input while challenging an umpire's decision.

While Smith later apologised for his self-admitted "brain fade" moment, Kohli slammed the Aussies at the last series press conference in Dharamsala.

"I think it will be played in good spirit. It is a hard-fought contest playing against India," Smith said of the upcoming series which also features three Twenty20 matches.

"I am not too concerned about the differences with Kohli. He is obviously a very good player and has a phenomenal ODI record.

"Hopefully, we can keep him quiet as much as possible in this series. If we do that then hopefully it can go a long way in us having success on this tour," he added.

Former captain Michael Clarke also saw a "carrot" for the Australians, who will topple South Africa from top spot in the ODI table if they can beat India 4-1. A reverse result will make India number one.

The tourists, coming out of a tough two-Test series in Bangladesh that ended 1-1, are confident of doing well against the in-form hosts.

Returning all-rounder James Faulkner, looking to resurrect his career after losing a central contract, believes stints by Smith and other Australians in the Indian Premier League will help.

"There's a lot of experience in that changing room playing in the subcontinent. Most of the boys have played enough here with the IPL and other series and the T20 World Cup," said Faulkner.

The right-hand batsman and left-arm bowler is set to bolster Australia's pace attack along with Nathan Coulter-Nile and Pat Cummins.

Left-arm Ashton Agar took four wickets and batsman Marcus Stoinis hit a blazing half-century in the only warm-up game in Chennai on Tuesday to lay their claims for a starting place.

India are in rampaging form after having recently blanked Sri Lanka 9-0 in Tests, one-day games and T20.

They will again bank on rookie spinners Axar Patel and Yuzvendra Chahal to counter the Australian batting, with veterans Ravichandran Ashwin and Ravindra Jadeja still rested.

"We have some plans for each of their batsmen -- especially Smith and (David) Warner. The key is about executing it on the field," said Shami.

"Australia are a strong team. It's difficult to say that (a clean sweep) but we will try our best for a good show. The conditions will play a big role," he added.