INDW vs BANW, Women's World Cup, Highlights: India registered a 110-run victory against Bangladesh for their third win in the tournament in Hamilton. 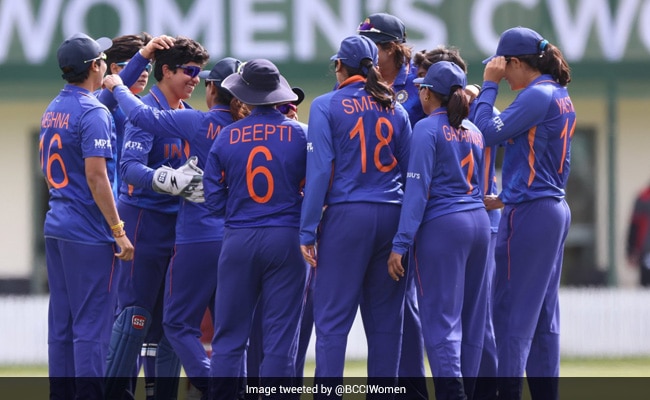 INDW vs BANW, Women's World Cup, Highlights: India registered a 110-run victory against Bangladesh for their third win in the tournament in Hamilton. Spinner Sneh Rana proved too good to handle for Bangladesh batters as she ended with a four-wicket haul. Chasing 230 runs for victory, Bangladesh never really got going and were all out for 119 runs in 40.3 overs. Salma Khatun ended as their highest run-getter with 32 runs. Opting to bat earlier, India ended at 229/7 in 50 overs, thanks to a splendid innings of 50 runs by Yastika Bhatia and cameos from Shafali Verma as well as Richa Ghosh against Bangladesh in Hamilton. Opting to bat first, the Mithali-Raj side started well with Shafali and Smriti Mandhana going about their jobs pretty nicely. However, Bangladesh struck back with three quick wickets of Smriti Mandhana, Shafali Verma and Mithali Raj to put India on the backfoot. India further lost Harmanpreet and Richa Ghosh but Yastika Bhatia stood strong and scored a remarkable fifty to help India reach a respectable total in the end. (SCORECARD)

Seddon Park, Hamilton ICC Women's World Cup 2022 Cricket India Women vs Bangladesh Women, Match 22 Live Score Live Cricket Score Live Blogs
Get the latest updates on ICC T20 Worldcup 2022, check out the Schedule and Live Score . Like us on Facebook or follow us on Twitter for more sports updates. You can also download the NDTV Cricket app for Android or iOS.