The Indian captain was in the thick of things in the ICC's official dinner before the tournament. 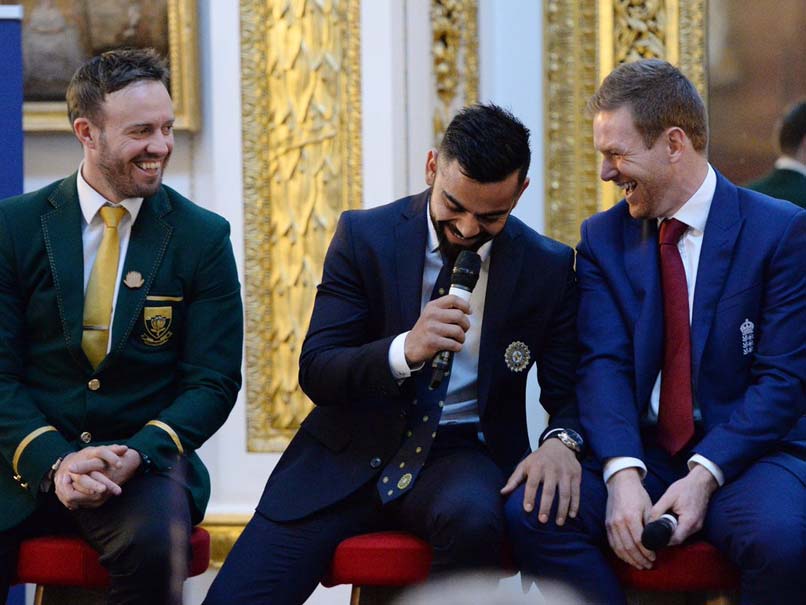 What about that for a panel of experts! #CT17 pic.twitter.com/glBO5kKRqz

Kohli, De Villiers and Morgan were seen sharing a light moment prior to the start of the dinner.

India are placed in Group B along with Pakistan, South Africa and Sri Lanka, and will start their campaign on June 4 against their arch-rivals at Edgbaston.

The last time India and Pakistan were engaged in a 50-over game was during the ICC World Cup in 2015. They, however, faced off in the shortest version of the game during last year's ICC World T20 at the Eden Gardens in Kolkata. India won both matches.

India will play their next two matches at The Oval, against Sri Lanka on June 8 and then South Africa on June 11.

Group A comprises New Zealand, Australia, England and Bangladesh. The top two sides of each group will proceed to the semi-finals.