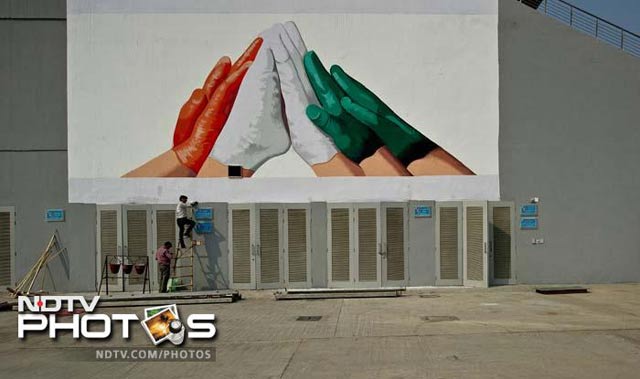 Asking the government to popularize a niche event like Indian F1 is really asking too much from a political set-up that has failed to provide basic needs of life for 66 years.

When Formula 1 first touched Indian shores in 2011, there were several who questioned the need to have an expensive sport in a country suffering from poverty, malnutrition and unemployment. Now, when it has been scrapped for a year, some are asking the Union sports and tourism ministries to step in to secure its long-term future.

Rewind to 2011. When Red Bull champion Sebastian Vettel took a drive to the Taj Mahal, he chose to call it a humbling experience - not memorable, not grand, not picturesque; humbling. "It definitely brings your feet back on the ground in many ways and makes you understand a lot of things," he had said on the 200 kilometer drive. "It's an inspiration and makes you appreciate things you take for granted." An obvious reference to the deprivation he saw.

Lewis Hamilton too had echoed Vettel's thoughts. "You can't forget the poverty in India. It's difficult coming here for the first time, you realise there's a big divide between the wealthy people and the poor people,"

And yet, two years on and at a time when the 2014 calendar has given the Indian race a skip due to 'political reasons,' the long-term future of the race is being seen dependent on central and state government's enthusiasm.

"If F1 has to be in India on a long-term basis, the government of India should own the event like it is their own event, not only look at it as a Jaypee event," said Jaypee Group MD Sameer Gaur - promoters of the race - in an exclusive interview to NDTV. "There are many governments around the world that share the F1 license fee." (Full interview here)

As many as 16 of the 19 races in the current F1 calendar may be sponsored by the governments and Gaur may have also cited the Singapore model in particular. The reality though remains that while sharing the license fee may not exactly take a 'massive toll' on the national economy, it may rather be used for more urgent needs - perhaps for people in Greater Noida at least! 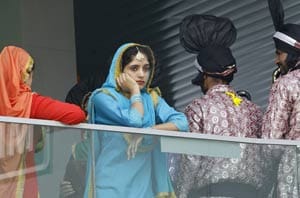 I am not an anti-F1 activist. Neither do I argue that sports should be last priority in a dwindling socio-economic set-up. If anything at all, watching F1 cars reach mind-numbing speeds in a blatant celebration of engineering excellence has always fascinated me. And yet, when Indian athlete PT Usha said that hosting the F1 here was a waste, some of her words did ring a bell. "I feel very bad because such hi-fi business has nothing to do with 99% of Indians," she had said.

Even shooter Gagan Narang admitted that mass appeal and benefit can hardly be realized even though he was pleased with F1 coming to India. "Let's face it that the sport is not for everyone. Only people with money will have the access. It has to be marketed well. I have heard from Indian friends abroad that turning up for Indian GP is more expensive than Singapore GP. That beats the purpose," he had said days prior to the inaugural race.

Motorsports and F1 in particular are niche sports. Let's face it, most of us are 'privileged' to have F1 cars zoom out of our LED sets and race meters away from our eyes for two years now. In a country like ours though, where most hardly know how to read let along make sense of KERS, DRS and Pirelli tyres' dilemma, how can government intervention really help? And why is it needed at all?

Counter logic? Advocates of government support for the race may now say that by the above arguments, the sports ministry should be wrapped up! "How is government initiative in F1 any different from its measures in all other sports?" some may ask. "It is to develop a sport, isn't it?"

Well, for starters, popularizing F1 will hardly have young boys and girls turn up in huge numbers for 'racing clinics'. Unlike sports like hockey, boxing, wrestling among others, academies for race training just isn't feasible or practical in a country like ours in the foreseeable future. So, developing our own talent remains a dream. Then again, there is the whole national prestige and sporting culture argument which F1 hardly addresses but that is a completely different debate. 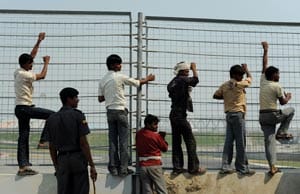 Then, if popularizing the sport is for viewership/fan base and not as much for participation and national glory, won't a robust social-marketing team be a more practical solution, even if massively incomparable to steps a government can take?

This may be a gross over-simplification of a complex issue. Fact though is that while India may or may not deserve to host an F1 race in the current and near future, getting the government to step in is a 'brave' proposal. There are far more important aspects that it needs to, and has mostly failed to, address. F1 in India cannot be a shining example of our global dominance when the basic tenants of life remains in pathetic pit-lanes of cities and villages everywhere here.

Note: The views expressed above are solely of the author.