F1 2013: Over to expectations of another superb season at hand 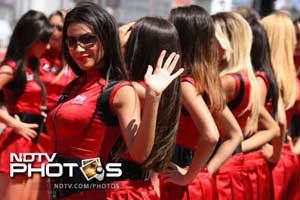 The F1 2013 season is not about hope and expectations. It may just be all about thrills, spills and the raw need of men to put their machines to the ultimate test.

The first race of the 2013 calender may be more than a month away but the buzz at the turn of the year will only keep increasing as the days go by. And it isn't too difficult to see why.

It was predicted (rather hoped) that the 2012 season is close after Sebastian Vettel dominated the 2011 edition. He was quick, confident and mature - qualities that he continued with in the previous season as well. A battle however with Ferrari's Fernando Alonso took the championship to the final race for a thrilling finish. Even Hollywood writers perhaps, could not have penned down a better script.

That season though is now in the past and another lies ahead. This one promises to be even better.

With a slew of changes, Formula One 2013 is expected to be as much about adjusting to different teams and drivers as about proving points, claiming revenge and battling friend-turned-foes. Experts will openly proclaim that it won't be easy. It would be thrilling though. Imagine former team-mates Lewis Hamilton and Jenson Button fighting each other. Think of Force India with Adrian Sutil again, perhaps. Consider HRT, no wait - scratch the last bit off. All in all though, with Ferrari and Red Bull sizing each other up right from the start at Albert Park, this season cannot be much apart from a pot-boiler.

Of course, there are other changes to. DRS now can only be used in designated zones during practice and qualifying sessions. Team personnel curfew has also been extended by two hours - from six to eight.

And do not forget to block the calendar on July 7. The German Grand Prix is back and the Nurburgring will get a chance again to show why it is a holy grail in motorsports and that is describing it in the most modest manner possible.

Each season dawns with hopes and aspirations for teams, drivers and fans. The 2013 season however emerges on the horizon with a sense of guarantee - a guarantee of superb thrills and competition which defines Formula One racing.

Do note: Absence of Michael Schumacher has not been mentioned deliberately. The legend can single-handedly, for this writer at least, take away all the anticipation from the new season by not being there himself.