Tim Cahill, the Socceroos all-time top scorer with 50 goals, came out of international retirement to play the final nine minutes. 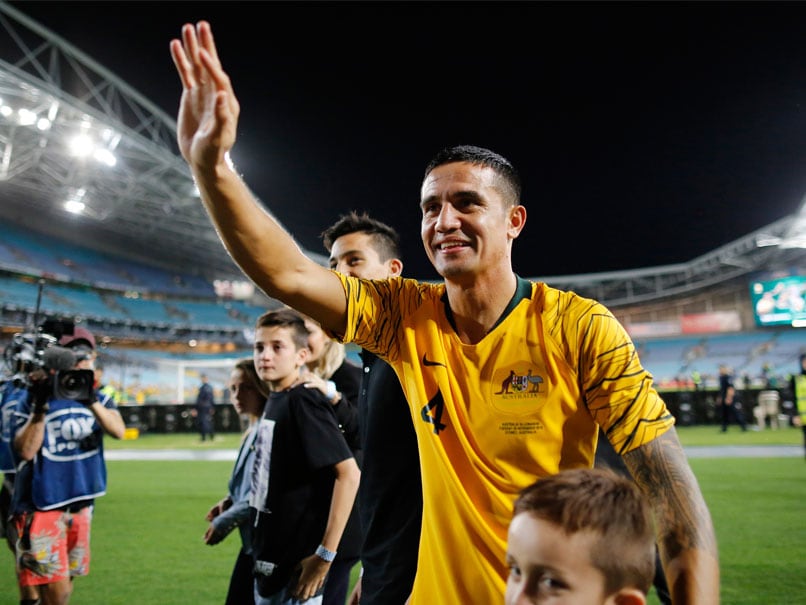 Veteran Tim Cahill bid an emotional farewell Tuesday on his 108th and final appearance for Australia as Scottish striker Martin Boyle scored twice for his newly-adopted country. Cahill, the Socceroos all-time top scorer with 50 goals, came out of international retirement to play the final nine minutes of Australia's 3-0 win against Lebanon in their last match before defending the Asian Cup crown in January. Coach Graham Arnold made sweeping changes from the line-up that drew 1-1 with South Korea on Saturday with Hibernian marksman Boyle, who recently secured an Australian passport, starting up front.

He played alongside South Sudanese refugee Awer Mabil and added a spark that the Socceroos have been missing since Cahill announced his retirement at the end of the World Cup in Russia.

Boyle, who played for the Scotland under-16s but qualified for Australia due to his Sydney-born father, scored on his starting debut in the 19th minute when his powerful long-range strike took a deflection.

He made it 2-0 on 41 minutes after toe-poking home the rebound after Milos Degenek's header hit the bar.

Substitute Matthew Leckie buried the third soon after coming on in the second half, from a Boyle assist.

With the result secure, it was all about Cahill as he came on in a pre-arranged farewell in front of his home fans in Sydney.

Widely considered as the "Greatest Socceroo", he couldn't add to his goal-scoring tally but was given a huge ovation and handed the captain's armband.

"It's the first time I've cried on a football field and I'm proud of it," he said after the final whistle, wiping away tears.

"Every time I've pulled on the green and gold, I've played with my heart. Thank you, Australia.

"To all my teammates and the staff I have worked with, I would be nothing without you."

The 38-year-old, whose career was characterised by an indefatigable work rate and huge determination, last played for the Socceroos when he came off the bench for their final group game against Peru at the World Cup.

While Rooney played more than half an hour for his 120th and last England cap in a friendly against the United States, Cahill was restricted to a bit part by Arnold, conscious that it was Australia's last tune-up before the Asian Cup in the United Arab Emirates.

Born in Sydney to a Samoan mother, Cahill started his international career playing for the Western Samoa under-20s and only became a Socceroo in 2004 after an intense lobbying campaign to world body FIFA.

Two years later in Germany, he became the first Australian to net a goal at the World Cup, going on to score in the 2010 and 2014 tournaments as well.

Cahill spent 14 years in England with Millwall and Premier League outfit Everton, scoring more than 100 goals, before stints in the United States and China. He now plies his trade in the Indian Premier League.

Australia Tim Cahill Football
Get the latest updates on IPL Auction 2023 and check out  IPL 2023 and Live Cricket Score. Like us on Facebook or follow us on Twitter for more sports updates. You can also download the NDTV Cricket app for Android or iOS.