European Defeat Fires Up Tottenham's Mauricio Pochettino For Next Season

Mauricio Pochettino said he was keen to continue with the five-year "project" that has seen Tottenham establish themselves in the Premier League top four. 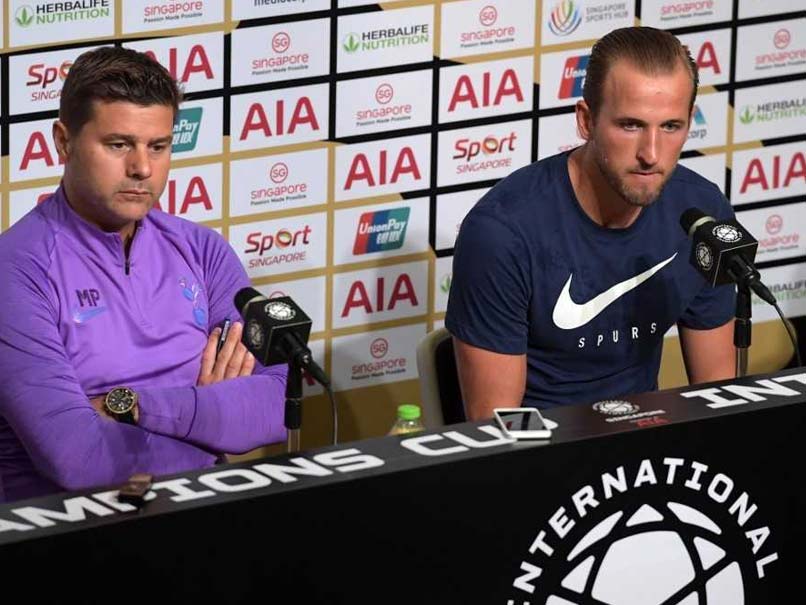 Tottenham Hotspur manager Mauricio Pochettino said on Friday that last month's Champions League final defeat has made him more determined to succeed at the club, after the conclusion of another solid campaign. Mauricio Pochettino said he was keen to continue with the five-year "project" that has seen Tottenham establish themselves in the Premier League top four and finally move into their new stadium after a series of delays. "After the final the feeling wasn't great, to finish like this. I am not a person who wants to avoid the problem. I love a big challenge," the 47-year-old Argentine told reporters as he looked back at the 0-2 defeat to Liverpool in Madrid.

"In the last week, we started to train and look forward to another season. We are still far away from where we expect to be, so it's not just my challenge, but everyone's challenge," he said in Singapore ahead of Sunday's pre-season friendly against Italian giants Juventus.

"You need to be a man and try to move on from the Champions League final, create some atmosphere and excitement to fight for big things.

"We cannot forget we came from that period of building our stadium, lodge and the training ground.

"The holiday was so tough for myself, difficult to move on from the final. We shared three fantastic weeks and it was the best atmosphere in five years and it was a shame to end the way it did.

"We deserved to win, to be better than a great team like Liverpool."

Pochettino had been linked to some of Europe's leading clubs last season, but a move now seems to be off the table.

Sitting next to Pochettino, England striker Harry Kane echoed his manager's sentiments about being brave as the club hope to improve on their fourth-place finish after briefly flirting with a title challenge to champions Manchester City and runners-up Liverpool.

"We know it was there for the taking and it's something we have to deal with over the summer," Kane said of the Champions League final defeat.

"With everything last season I think we did extremely well. I haven't watched the game again."

Liverpool Harry Kane Football
Get the latest updates on IPL Auction 2023 and check out  IPL 2023 and Live Cricket Score. Like us on Facebook or follow us on Twitter for more sports updates. You can also download the NDTV Cricket app for Android or iOS.