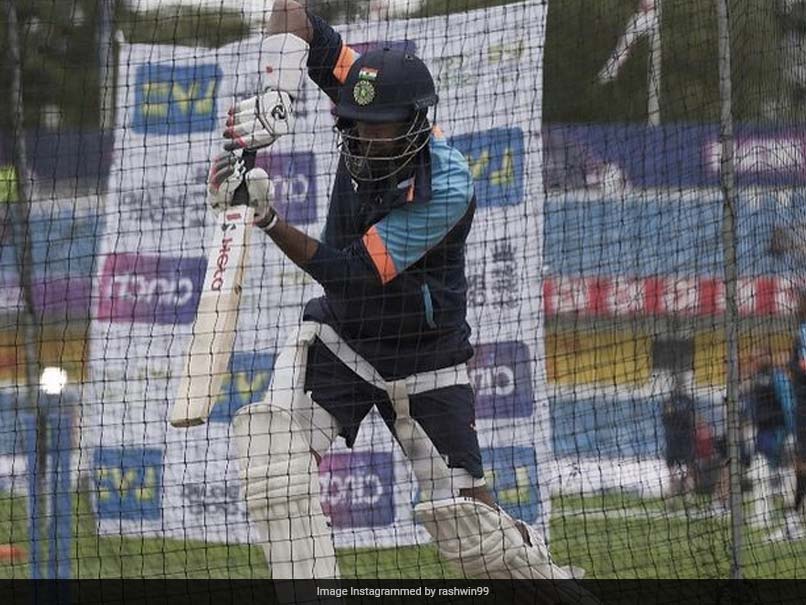 Ravichandran Ashwin was seen batting left-handed in the nets.© Instagram

Ravichandran Ashwin took to Instagram on Thursday to post a few pictures of him batting at the nets but with a twist -- the ace India off-spinner was seen batting left-handed. In the caption, Ashwin revealed that it was his "desire to ignite something different" that got him to bat left-handed. "The desire to ignite something different every day never burns out," Ashwin captioned the pictures along with multiple emojis. Ashwin's India and Delhi Capitals teammate Shikhar Dhawan was impressed with the change and said the off-spinner is looking "great" even as a "left hander". 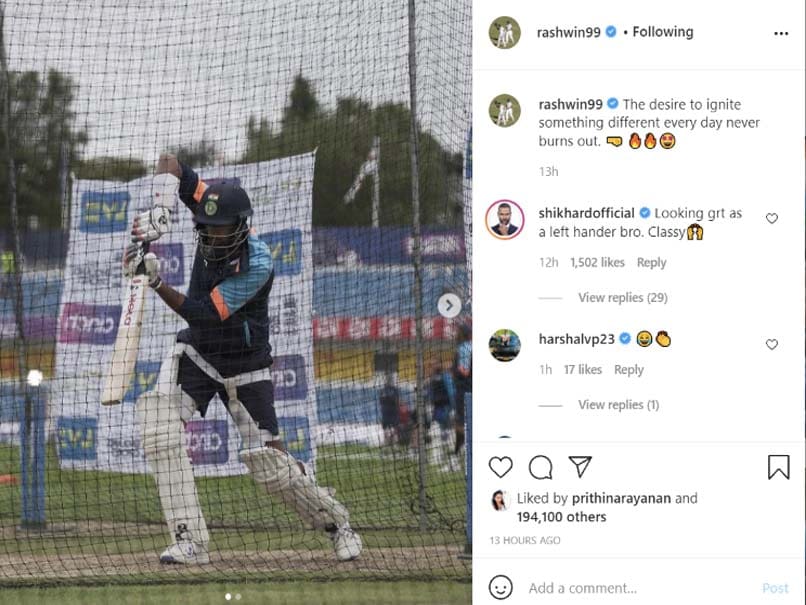 In the ongoing five-match Test series between India and England, Ashwin is yet to get a game as he was left out of the playing XI for the first three Tests.

Ashwin played the World Test Championship final against New Zealand where he picked up four wickets in the match and scored 29 runs. However, India lost the summit clash by eight wickets.

In the first Test against England at Edgbaston, India went in with four pacers and a spinner in Ravindra Jadeja.

Before the second Test, Shardul Thakur suffered a hamstring injury and was ruled out of the contest but the visitors decided to go with the same combination and Ishant Sharma was brought into the playing XI.

In the ongoing third match at Headingley, India opted to field the same XI that took the field at Lord's where the visitors registered a memorable win on the final day.

Shikhar Dhawan England vs India, 2021 Cricket
Get the latest updates on IND vs NZ 2021, check out the Schedule and Live Score . Like us on Facebook or follow us on Twitter for more sports updates. You can also download the NDTV Cricket app for Android or iOS.