England vs India: After 5th Test Cancellation, This Gesture By Lancashire Cricket Wins The Internet

India vs England: After the fifth and final Test match between India and England was cancelled, Lancashire Cricket County Club's lovely gesture was praised by fans on social media. 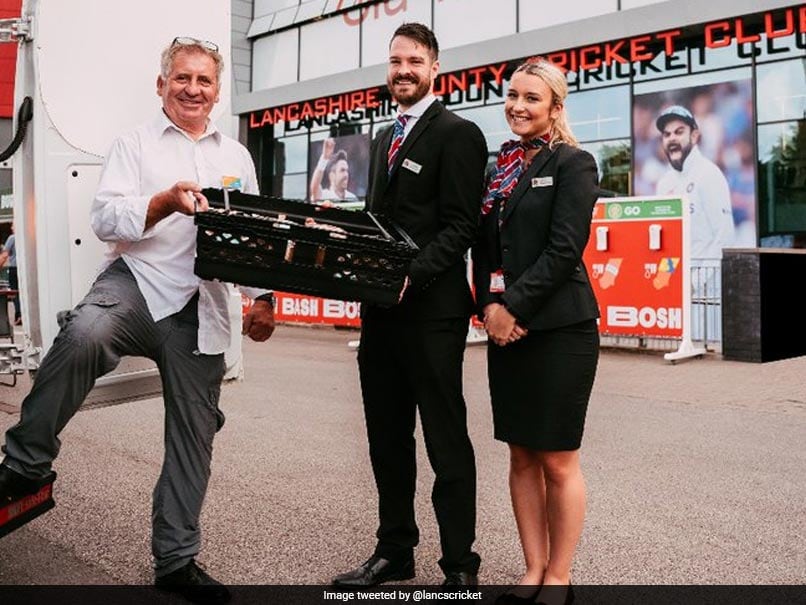 Cricket fans were left disappointed as just hours before the toss, the fifth and final Test match between India and England in Manchester was cancelled amid Covid concerns. However, a gesture by the Lancashire Cricket has won the internet. The Lancashire Cricket club donated the surplus of food to local charities after the Manchester Test was called off on Friday morning (local time). The cricket club took to Twitter to reveal the news and wrote "@lancscricket has made a number of food donations within the local community following the cancellation of the fifth #ENGvIND Test Match @EmiratesOT."

.@lancscricket has made a number of food donations within the local community following the cancellation of the fifth #ENGvIND Test Match @EmiratesOT

"The game was due to run for five days from Friday 10 September to Tuesday 14 September but after the game was cancelled this morning, the Club donated all surplus, pre-prepared food for players, hospitality, and media guests to several local charities," a statement read on the club's official website.

Fans on social media applauded Lancashire Cricket's gesture for "making the best out of a bad situation."

"Fantastic gestures today @lancscricket making the best out of a bad situation," a fan tweeted.

Great news, made my day

Awesome that some good has come from the cancellation if a test match eagerly awaited fir in a series so delicately poised. Well done Lancashire CC.

The fifth Test had to be cancelled following outbreak of Covid within the Indian team contingent.

The Board of Control for Cricket in India (BCCI), in its statement stated that it is working with the England and Wales Cricket Board (ECB) to find a window to reschedule the cancelled Test match at a later date.

"In lieu of the strong relationship between BCCI and ECB, the BCCI has offered to ECB a rescheduling of the cancelled Test match," the statement said.

"Both the boards will work towards finding a window to reschedule this Test match."

England Cricket Team England vs India, 2021 Cricket England vs India, 5th Test
Get the latest updates on IPL Auction 2023 and check out  IPL 2023 and Live Cricket Score. Like us on Facebook or follow us on Twitter for more sports updates. You can also download the NDTV Cricket app for Android or iOS.