Former England skipper Michael Vaughan questioned the lack of intervention by head coach Chris Silverwood in the first session of the final day in which India clawed their way back through the efforts of Jasprit Bumrah and Mohammed Shami. 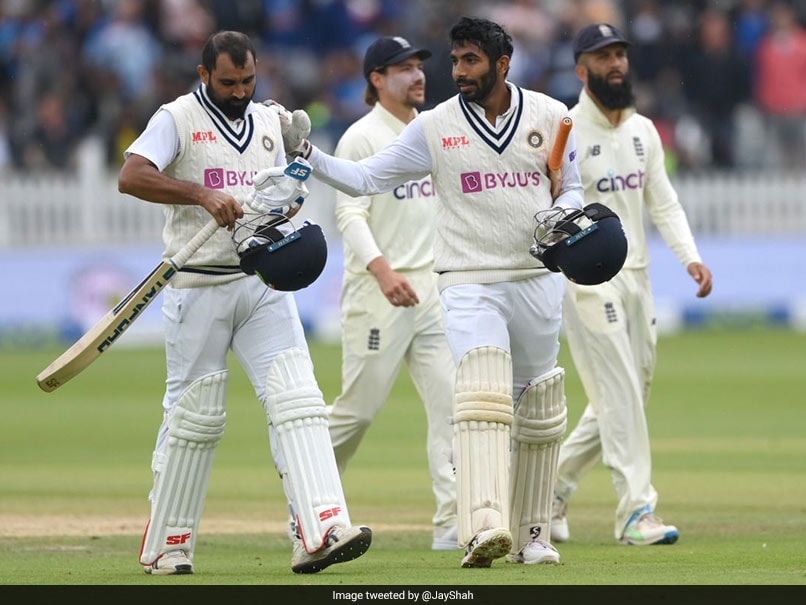 Former England captain Michael Vaughan has questioned the lack of intervention by 'all-powerful' head coach Chris Silverwood in the first session of the final day in which India clawed their way back in the game. Virat Kohli-led India registered a famous 151-run over England in the second Test of the five-match series on Monday. At the start of Day 5, England looked like the favourites to win the match. But Jasprit Bumrah and Mohammed Shami showed class with the bat, and then an epic bowling performance sealed the deal for the visitors.

England battled hard, but their top order failures led to their downfall with the team being steamrolled for just 120 in the second innings, handing visitors a 1-0 lead in the five-match Test series.

In a long statement on Facebook, Vaughan criticised Chris Silverwood. He wrote, "A lot has been said about this being a big six months for Joe Root as England captain, but the same is true for Chris Silverwood as coach - and perhaps even more so."

"It is four months since the removal of Ed Smith made Silverwood the all-powerful head coach, with free rein over selection. And in that time England's record in Tests reads: played four, drawn two, lost two - and those two draws would probably have been defeats had the weather not intervened," he added.

"The statistics are worrying - particularly with the Ashes looming in December - but of more concern to me is that we are yet to really have a sense of what kind of team Chris Silverwood wants England to be," continued Vaughan.

"He [Silverwood] has spoken about the importance of first innings runs and then bowling with discipline but that's just common sense Test cricket which applies to every team on the planet. There has been no sense of what England are aiming for either tactically or in terms of their mentality: the performances have been a mish-mash, with a few outstanding individual displays glossing over a lot of very average cricket," Vaughan explained.

"The nadir came in that hour and 20 minutes before lunch on the fifth day of the second Test, which must rank among the worst stuff I've seen from an England Test team in years," he wrote.

"Plenty has been written and said about how England lost the plot in attempting to bounce out Jasprit Bumrah, and Joe Root was undeniably let down by some of his senior players who should have intervened with him sooner, but I also wanted to see something from the coach," he explained,

"International coaches might not have the advantage of having a tactical time-out like we see in the Hundred - an innovation which I would actually welcome in the Test game - but there are still ways of intervening," he wrote.

"Why was Silverwood not sending someone out onto the pitch with a drink, asking Root what the hell was going on, and getting him to change tactics? I know that is what Duncan Fletcher would have done with me had I suffered a brain-fade on the field," he continued.

"He [Chris Silverwood] has to show that he is capable of changing England's momentum in this series, because at the moment it is only going one way and that is in the direction of Virat Kohli, who has his hosts right where he wants them - hot under the collar, not thinking straight and making silly mistakes," Vaughan added.

"If England go 2-0 down, it is hard to envisage them salvaging anything from the series so the batters need to show more technical nous, and some serious courage, in Leeds. My fear, however, is that only a piece of individual brilliance - probably from Root - will dig them out of this hole," he concluded.

Virat Kohli-led Indian team on Sunday arrived at Headingley Stadium to begin practice for the third Test against England. The third Test between the two sides will get underway from Wednesday.

The first Test had ended in a draw after which India staged an incredible comeback to take the second game.

Mohammed Shami England vs India, 2021 Cricket
Get the latest updates on T20 World Cup, check out the T20 World Cup Schedule and Live Score . Like us on Facebook or follow us on Twitter for more sports updates. You can also download the NDTV Cricket app for Android or iOS.